Sarah has an extensive industry background in television news and started her career at ITV Central in Birmingham as a reporter and newsreader. She then joined the ITV News team in the summer of 2006 before moving to GMTV where she continued to read the news bulletins and travelled the world covering breaking news. Sarah was based in New York for a year, travelling with the campaign teams for Barack Obama and Hilary Clinton across the United States, reporting on the race to the White House. During this time Sarah also auditioned and won an extra role in the first Sex and the City film for a feature on Entertainment Today.

Sarah’s PhD research focuses on reporter involvement and celebrity studies taking an autoethnographic approach on her time spent in television. She has developed programmes and short courses for a global audience on Mobile Journalism and is developing new projects focused on mobile film-making and immersion journalism. She is a Fellow of the Higher Education Academy.

Sarah works on international projects to innovate media education through global collaborations and has spoken about this at the World Journalism Education Congress (Mechelen 2013). Sarah was also part of the CUNY Journalism Entrepreneurship Summit (July 2014) to develop creative entrepreneurial projects.

Sarah is a board member of the Association of Journalism Education and an examiner for the National Council for the Training of Journalists.

Sarah leads on initiatives involving external engagement, internationalisation and collaborative projects for the School of Media and Performing Arts. 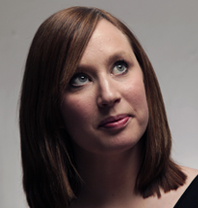