Course Director and Senior Lecturer in English and Journalism

I am course director of the English and Journalism degree, and module leader on all five Journalism modules on the degree. Previously, I lectured at Trinity College, Dublin in Modernism, Postcolonialism and in the Novel.

Prior to entering academia, I was a national newspaper reporter in Ireland, in roles including Political Editor of the Irish Sunday Mirror, health correspondent of the Irish Mail on Sunday and International Sportswriter for the Evening Herald.

My doctorate was fully funded by an internationally competitive bursary from the International Anthony Burgess Foundation. 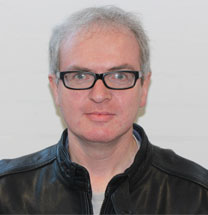 I am Module Leader for all journalism modules in the department:

I also contribute to: