My major interest is in the international crisis of the interwar years and the coming of the Second World War. I am fascinated by the insights that a study of business can provide not only for historians but also for economists and financial and business experts. I seek to understand how the trauma and shocks brought about by the Great Depression and Financial Crisis were so profound that confidence in the continuing ability of the liberal capitalist system to survive was almost fatally undermined. I am also absorbed in studying the relationship between Europe’s rich cultural heritage and its people.  As digital technologies become evermore pervasive, we need to understand how cultural heritage can be of benefit to an increasingly diverse society. I am especially interested in the cultural heritage of war – the tangible and intangible legacies of conflict which underpin the multiple identities of Europe and its nation states. I seek to uncover that which has been hidden, neglected or only partially recognised in terms of individual memories, institutional representations, and societal practices. 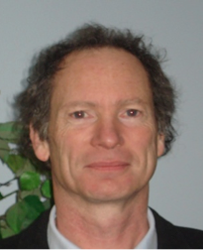 Neil Forbes has held a number of senior academic posts at Coventry University. Until 2014, he was the Director of Research with a wide-ranging portfolio of responsibilities. He has played a leading role in a number of research projects and is currently Co-ordinator of a major, EU-funded project. He sits on a number of advisory boards, Research Council peer-review panels and other, national bodies. He is chair of the UK’s Research and Enterprise Network for Universities.