I have been researching into alternative, zero emissions transport and new mobility since 1996, focusing on designs for vehicles for urban scenarios where congestion and air quality tend to be worst. In that time I have founded a new enterprise called Microcab Industries Ltd. (an SME) as an umbrella under which designs can be realised, funding can be applied for and Public Relations and other outputs can be delivered. Concentrating on hydrogen fuel cell electric drivetrains married to lean weight vehicle structures, 3 complete vehicle designs and a total of 14 operational vehicles have been built and demonstrated in trials. 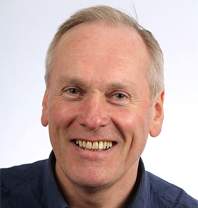 Professor of Sustainable Transport and Design

I have a BA Fine Art and MA Design and Digital Media. My industrial experience includes working in motorsport and special effects in the film industry. From 1995 I became interested in sustainable design and was prompted (by the poor air quality in London where I was working) to start investigations into urban transport. Experience in motorsport gave me a good background in engineering lightweight structures and this, coupled with an interest in electric drive and hydrogen fuel cells allowed me to pursue the goal of designing useful urban mobility devices with zero emissions. Air quality remains problematic across the world, so the imperative is still there. Key successes:

HFCCAT funding (2007) for hydrogen station and 5 Microcabs trialled on University of Birmingham campus.

Niche Vehicle Network grant for the design of H2EV vehicle in 2009,