Run from a central location at The Hub on Jordan Well, the CUSU is a democratic, student-led organisation –run by students, for students. All students at Coventry University and CU Coventry are automatically members eligible for support and opportunities across the city.

Students are heavily involved in fundraising and volunteering across the city including with the Coventry Foodbank; and the Union hosts comedy nights, a cinema and farmer’s markets for the wider community throughout the year.

Find out what's on

The annual city road race was organised by CUSU for the first time in 2018, with a new route starting from the Hub on Jordan Well and finishing outside the Cathedral at University Square- hoping to show runners everything the city has to offer along the 13.1 mile route. 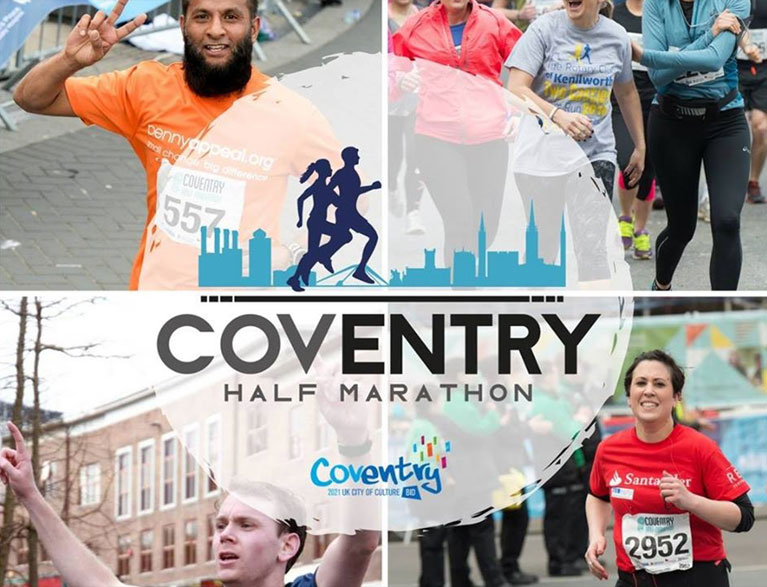 The Community Wardens programme was set up to encourage students to get more out of the city where they live and study. It remains run by volunteers who speak to residents about everything from litter and anti-social behaviour. They also support wider city campaigns such as clothing collections for charity, Coventry Cyrenians which offers help to people who are homeless or at rick of homelessness across the city.

The Students' Union was formed in 1960 at the Lanchester College of Technology, running alongside a separate union set up at Coventry Art School. The two were amalgamated – along with the Rugby College of Higher Education union - in January 1971 with formation of the Lanchester Polytechnic.

The new union changed its name several times before becoming Coventry University Students' Union (CUSU) by 1992 when the Education Reform Act of 1989 changed the status of polytechnics to universities. The union obtained independent legal status as a registered charity and a limited company by guarantee in 2009.

In 2011, CUSU moved into its new home at the Hub on Jordan Well and remains a democratic and student-led organisation run by students, for students.