Drawing (on) Life in Coventry

In Coventry over fifty different languages are spoken, which is sometimes seen as a barrier for communication. This project aims to bring people of Coventry together under the universal language of image making as a way of recording everyday life in the city. It works on the understanding that everybody can draw and make images based on observations, ideas and dreams.

Inspired by a project run by the Brooklyn Art Library this project will distribute 2021 sketchbooks to capture life in all wards of Coventry. The project specifically wants to reach people from as many nationalities as possible in order to capture the diversity of experiences in Coventry. The 2021 sketchbooks will be collected over a three-year period, with the aim to collect about a third in each year with culmination in 2021.

The project will work with established community and organisations who will be able to reach participants by nominating a champion who will be supported by Coventry Art and Design students.

The sketchbooks will initially be collected by the School of Art and Design and then made available to the public in the Coventry through its Library services. In addition to that the project will hold a public event where the sketchbooks will be exhibited.

As this is a project that is based around participation, therefore the primary beneficiaries are its participants and their engagement in the collaboration.

The Coventry Sketchbook team has now disseminated around 1200 sketchbooks across Coventry. They have worked with Arty Folks, Young Carers and UniConnects, Schools, National Saturday Art Club as well as open events in the City Centre library. The project has been advertised on the Coventry University wellbeing staff portal and we have continued to supply the Sketchbooks and tutorials to the public through out lockdown. They have approximately 300 sketchbooks returned to date.

The sketchbook project being a compilation of works gathered from the city’s diverse communities will provide a lasting and positive legacy after 2021 that will allow external viewing of often internalised communities and narratives. A collaborative project, it will encourage engagement within participating groups, strengthening existing bonds and forming new ones. This publically made collection will then be able to be viewed publically throughout Coventry as well as in schools and community groups.

Throughout 2021 and thereafter the book will be on permanent display, housed within the city and be accessible to both locals and visitors to Coventry. In terms of wider audience there may be opportunity or the book to tour parts of Britain to educate, inspire and reawaken intrigue about the city. A book created by the City communities for the City communities and beyond. 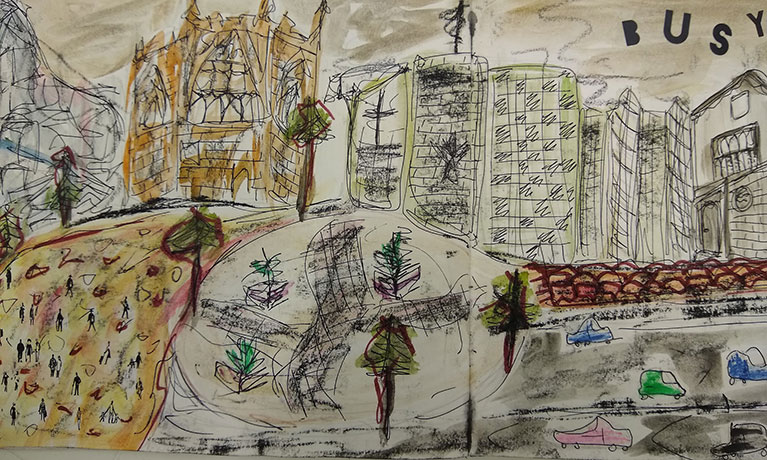 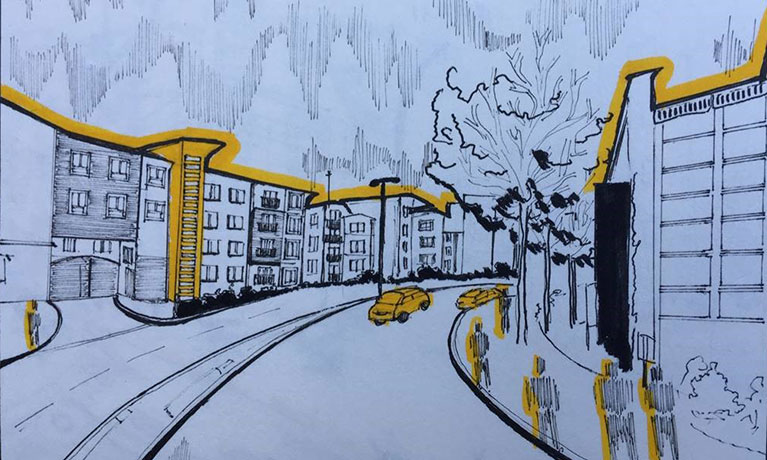