True - TRansition paths to sUstainable legume based systems in Europe 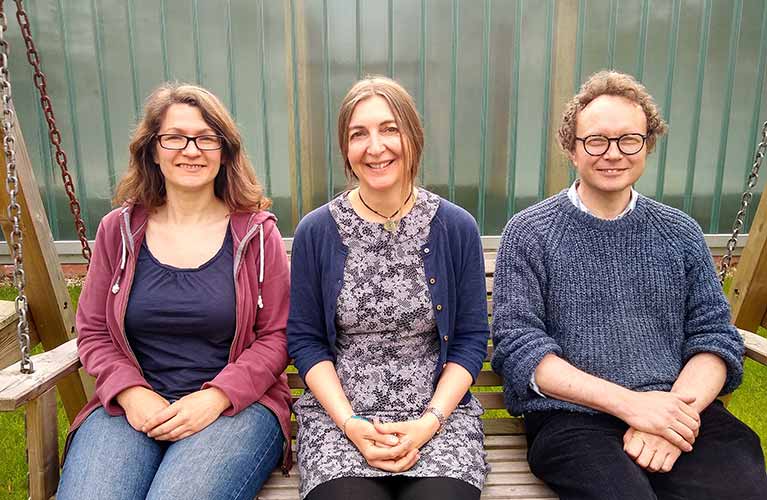 At CAWR, we are responsible for two case studies:

Modern crop varieties have been selected for yield and other agronomic characteristics rather than food quality. A decline in the content of vitamins and minerals in a range of vegetables since the second World War is widely acknowledged; this could be due to a range of factors but changes in the varieties grown is likely to be important. A great number of older varieties have been preserved, although they may no longer be commercially available at present due to seed legislation. We are working with the Heritage Seed Library, part of the UK charity Garden Organic, that hosts a collection of vegetable varieties including beans and peas; some of these are ex-commercial varieties that are no longer registered on the National List and some of them have never been commercial, having been selected by individuals in the past and passed down as heirlooms. They often have cultural significance or are related to regional recipes and food celebrations. There is potential for them to be brought back into wider cultivation or used in breeding programmes. Hodmedods are a British company that aims to stimulate demand for indigenous pulses and we are collaborating with them on this project.

Legumes also play a vital role in ecosystem service provision; we need to know how more about the utilisation of cultivated pulses by beneficial insects, especially pollinators, and how this relates to differences in the quantity and quality of nectar and pollen. There is potential to grow varieties that will support important pollinating insects by selecting those that provide high quality floral resources, but first we need to understand more about how those floral resources differ and how the bees respond to them.

In this case study we will set up field trials of Vicia faba (broad bean and field bean types) and Phaseolus vulgaris (climbing French bean type) to assess the agronomic performance of heritage varieties in comparison to modern ones. The nutritional quality (protein and carbohydrate content, vitamins and minerals) of the crops will be analysed. During the flowering period we will quantify visitation of the different varieties by pollinating insects and relate this to the production of floral volatile chemicals that may be responsible for attracting them and the quality of the resources that are provided in return (e.g. amino acid profiles of pollen and the sugar content of nectar).

The use of legumes is at the heart of all organic agricultural systems since their symbiotic association with rhizobia bacteria is the source of most of the nitrogen required for plant and animal production. In arable and field vegetable systems this is most often accomplished by using rotations that include a fertility building phase followed by a period of cropping to utilise the nutrients that have been accumulated. This approach is more difficult in protected cropping situations because the financial value of the infrastructure (glasshouses and polytunnels) makes it harder to justify dedicating adequate time in the rotation for fertility building. Many intensive organic growers consequently rely on the import of fertility in the form of animal manures or by-products such as blood and horn meal. This has ethical implications, especially for vegan consumers, and makes the system reliant on external inputs.

In this case study we will investigate a range of innovative ways of using legumes to build soil fertility. The simplest approach is to use fast growing species of green manures that can be sown directly in the soil in a polytunnel; we will evaluate the potential of a number of species, considering aspects such as their establishment, speed of growth, biomass accumulation, water utilisation, nitrogen fixation and nutrient dynamics in the soil after incorporation. These could be more unusual legume crops not normally grown as green manures, at least in a temperate climate. This approach obviously still utilises valuable protected cropping space and so, in parallel, work will be done to determine the effectiveness of bringing in legume green manures grown in an adjacent outdoor area. This could be in the form of freshly cut foliage that could be used as a mulch around growing plants, as composted material or as anaerobic digestate. This last option has a number of advantages; methane gas would be produced that could be used for heating and the liquid digestate could be supplied using fertigation methodology, precisely dosing the applications to the crop demand. However, there are a number of practical obstacles to producing it on a small scale that will need to be considered. We will also look at the use of legume meal as a source of nutrients. This relatively high value material would be most suitable for incorporation into growing media, for example those used in the production of vegetable transplants prior to these being planted out in the field.

Throughout this case study we will work closely with commercial producers (for example members of the Organic Growers Alliance) to overcome existing technological and practical barriers and to facilitate uptake of the findings of the research.

It is anticipated that our work on the TRUE project will have the following impacts: