This project will determine the ability of purpose-built, large-scale biofiltration cells downstream from a large informal settlement to treat contaminated runoff resulting from dysfunctional sanitation and limited urban drainage infrastructure, to ensure safe, productive water supporting sustainable livelihoods through food production. The proposal is rooted in a South African context where resources are severely constrained and there is an urgent challenge to reduce poverty and inequality, that continue to be shaped by the Apartheid era legacy. The main study site is the Water Hub (see photo 1), a research centre currently under development in Franschhoek, Western Cape (WC) Province supported by a field site at Ryton Organic Gardens (ROG) Coventry, UK. 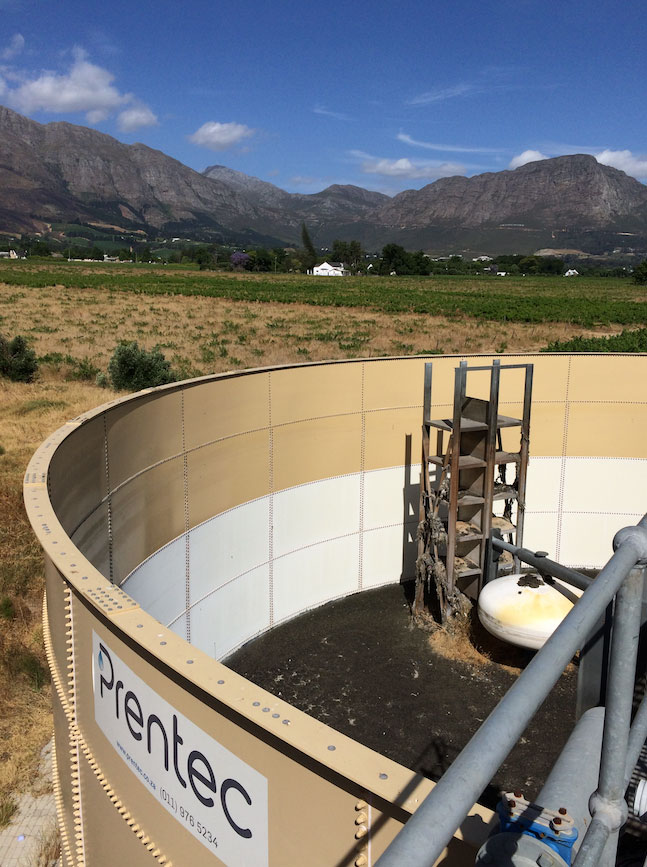 The Water Hub is surrounded by commercial farms and a slum settlement of 6000 inhabitants with access to limited sanitation and drainage infrastructure. 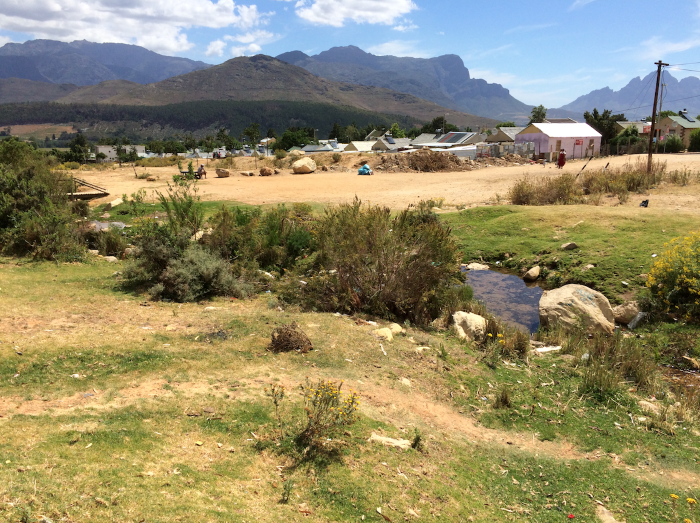 Old, abandoned wastewater treatment infrastructure, has been funded recently by the WC government to develop a conceptual plan, retrofit 6 sludge drying beds as biofiltration cells (see photo 3), and restore a house for a researcher to live on site. 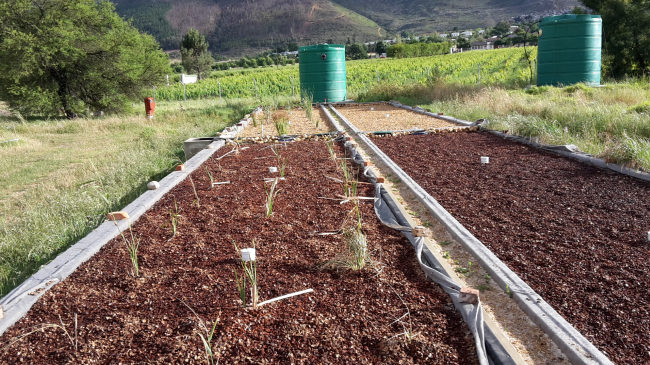 The 3-year project will investigate the extent to which contaminated river water can be cleaned using nature-based bioprocessing approaches and to highlight the potential for using such systems in planning other urban areas. Thus, 6 cells smaller-scale biofiltration cells will be constructed at CAWR whose purpose will be to provide information in the UK context. The proposed collaborative study will build much needed knowledge and experience to deal with the deteriorating quality of drainage water resulting in the collapse of ecological systems and services. In addition, The Western Cape is currently in the grip of a severe drought; there is an urgent need to generate new evidence based data to build a comprehensive understanding of sustainable water reuse. This will require a paradigm shift to appropriate practices that contribute to a new generation of water sensitive settlements in South Africa applicable elsewhere in Africa.