ReACHyn: Recent Atmospheric Change and the Hydrology of the Niger 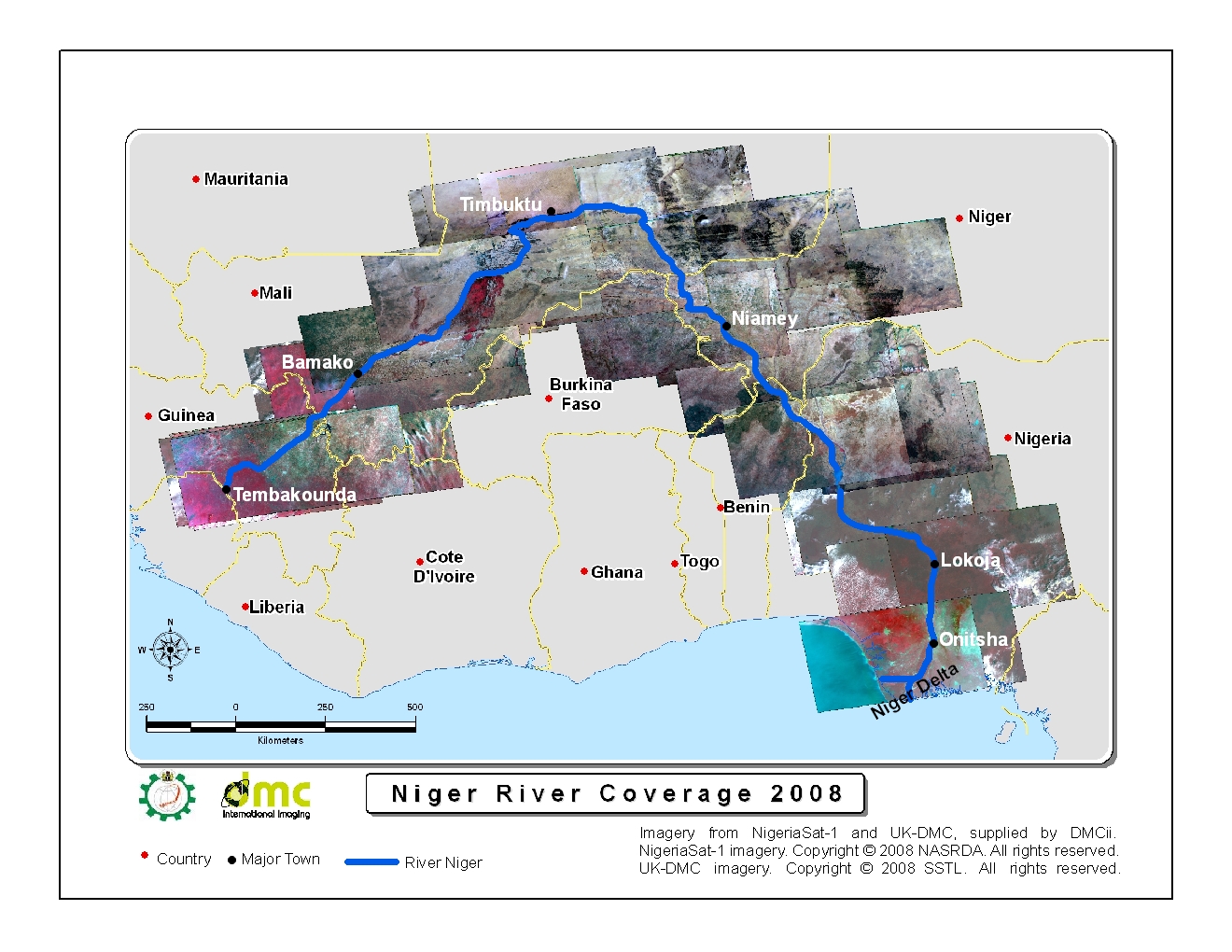 The immense River Niger is one of the largest rivers in the world, and the third longest in Africa after the Rivers Nile and Congo. It is a truly international navigable conduit for travel, trade, conflict and pollution, and the Niger flows through nine West African countries (Fig. 1). Over 100 million people depend on it for socioeconomic benefits (e.g. agriculture, fisheries, transport and hydropower generation). However, few systematic studies of river flow changes with respect to atmospheric circulation systems, rainfall distributions and land-use changes exist for the entire length of major African rivers. This is our Research Gap.

In spring 2014, we began this project to quantify the temporal changes of flow patterns in the River Niger. We will test for flow trend, seasonality and other cyclicity and their atmospheric controls. The new understanding will help define connections between flow changes and climate, and allow for initial future flow estimates given likely climate changes. In addition, we will also test for the longitudinal continuity of flow changes and their controls across this vast system. The results will also inform policy on riverine oil slick migration and water resource management. In particular, the work should help to predict oil spill travel time near oil pipeline river crossings – and its variation with flow level and season.  This should provide the basis for a useful warning system for local inhabitants and international river users.

Dr Babatunde Anifowose gained his PhD at University of Birmingham in 2009, working with Professor Damian Lawler (when both at Birmingham) as his Director of Studies. They have published several papers since on oil / water pollution problems and Environmental Impact in Nigeria (see example papers below). Babatunde.Anifowose@coventry.ac.uk