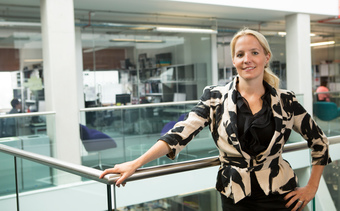 Employees frequently engage in social comparison processes and have a tendency to consider their own performance as superior compared to that of their peers. We expect this to be particularly salient in virtual teams where employees receive few cues upon which the comparison with their team members can be based. With reliance on social comparison and social exchange theory, we propose that such ‘perceived overperformance’ has negative effects on job satisfaction that are mediated by team trust in team. We confirm our hypotheses on a sample of 753 field-service employees (753 employees in 57 virtual teams) using a multi-level approach. Practical implications for the management of virtual employees as well as and research implications in the fields of social exchange and social comparison theory are discussed.

Regarding the impact of this study, we can state so far that we were asked to conduct several focus groups in that company to discuss the results and to think about changes that might improve the trust between the team members as well as enhance the level of job satisfaction. Furthermore, we were asked to present our results in front of the board of directors to discuss potential ways to overcome the identified problems. Results of this work have been already presented at several conferences (researchers as well as practitioners) such as British Academy of Management, European Group of Organizational Management (EGOS) and the First International Network of Trust (FINT).