The investment totals £510,000 and will accelerate product development, enabling the company to rapidly develop a working demonstrator for early customers.

CyberOwl is developing a scalable early-warning system for network security. Its software is based on research shortlisted for the Lloyds Science of Risk prize and carried out by Dr Siraj Shaikh, reader in cybersecurity in Coventry University’s Centre for Mobility and Transport. 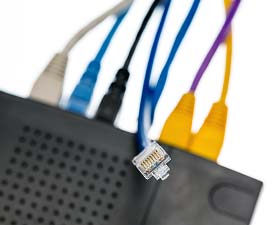 Instead of focusing on identifying the source of attacks, which is increasingly difficult and costly, CyberOwl’s software monitors high-value targets for malicious behaviour.  The software offers a proactive, rather than reactive, approach to cybersecurity. The network is monitored in real-time for indicators associated with early phases of attacks and the threat is tracked as it evolves, without relying on signatures. This approach significantly reduces computing overheads, making the software scalable to support larger, more complex networks such as the Internet of Things, which is predicted to include over 50 billion connected devices by 2020, according to Cisco.

Since Mercia’s first investment in April 2016, CyberOwl has been approached by several potential blue-chip partners in the defence and security sectors, and has hired a new management team. Former associate director at KPMG Daniel Ng has joined as CEO, and Ken Woghiren, former head of architecture and strategy at BBC Worldwide and ASOS, has been appointed as CTO. Tom Ilube, the CEO of Crossword Cybersecurity, has also moved from the position of CyberOwl’s interim CEO to non-executive chairman.

Despite being an early stage business, CyberOwl has been able to establish its market potential through a successful proof of concept and the appointment of an experienced management team with extensive knowledge of the cyber security sector.

As networks become more complex in the wake of the Internet of Things and ‘smart cities’, they will need more focused and less resource-intensive security solutions.  CyberOwl is fully capable of meeting this demand and offering a cost-effective solution to a connected world that is at increasing threat of sophisticated – and potentially devastating – cyber-attacks.

Organisations need an early warning system to stop an attack in its tracks before significant damage is done. It is clear from our discussions with potential partners that CyberOwl’s approach overcomes the challenges of increasingly stealthy, slow-moving, sophisticated attacks on increasingly complex networks.

The investment will give us a huge boost in helping us to take our first product out to market and grow our capability.

Texting and driving: A conscious choice that can never be justified

Professor Andrew Parkes from the university's Centre for Mobility and Transport explains why you're probably wrong if you think you can multi-task behind the wheel of a...

Young girls who exhibit a poor mastery of fundamental movement skills (FMS) are more likely to be obese than boys who have similarly low skills, according to research...

School pupils from across the West Midlands will pit their science and technology skills against each other in a robot battle.