Three West Midlands cities have started work on a major initiative to help the region's communities get the maximum benefit from migration.

It includes improving migrants’ and refugees’ sense of belonging by offering services including language classes, employment support and the chance to learn new skills.

In October 2017 the EU’s Urban Innovation Actions Fund awarded more than £4 million to Coventry, Birmingham and Wolverhampton for their ‘MiFriendly Cities’ project. The fund provides urban areas throughout Europe with resources to test new and unproven solutions to address urban challenges.

This West Midlands Combined Authority-backed initiative will see the three cities working with eight other partners - including Coventry University and its community interest company CU Social Enterprise - to roll out a three-year programme of activities designed in partnership with refugees and migrants and largely delivered by them.

Plans for the project include:

The West Midlands is the most diverse region in the UK outside Greater London – and the second most diverse in the European Union – with over 100 languages spoken daily within its borders.

“Coventry has a long and proud history of opening it arms and welcoming people who choose to make the city their home. I’m delighted with this award and I’m excited about the projects it will help deliver not just in Coventry but across the West Midlands. The MiFriendly Cities project recognises the valuable contribution refugees and migrants make to our communities and how we can all benefit from their integration.”

"It’s testament to the rich diversity and pioneering work of the West Midlands region that our leading cities are attracting this level of funding from Europe to act as models of good practice in helping migration benefit everyone. I’m quite sure I speak for all involved when I say we’re proud to be reaching out a welcoming hand to migrants and refugees, and to be creating an example for other areas of the country, and the continent, to follow.”

“After a recent parliamentary report explained how the tone of some of the media debate on migration is damaging integration, it’s more important than ever that we pursue creative ways to challenge division and bring people together. When migrants are listened to and our contribution valued the whole community benefits.

“De-industrialising cities across Europe are grappling with a range of challenges, including migration. This project offers cities in the West Midlands a fantastic opportunity to learn from each other, as well as other European cities, about how best to tap into the creativity and innovation of their migrant citizens.”

“This project will provide opportunities for all communities to engage in improving social cohesion and integration, and helping to build a more united and prosperous future for the region. We are delighted to be part of it.” 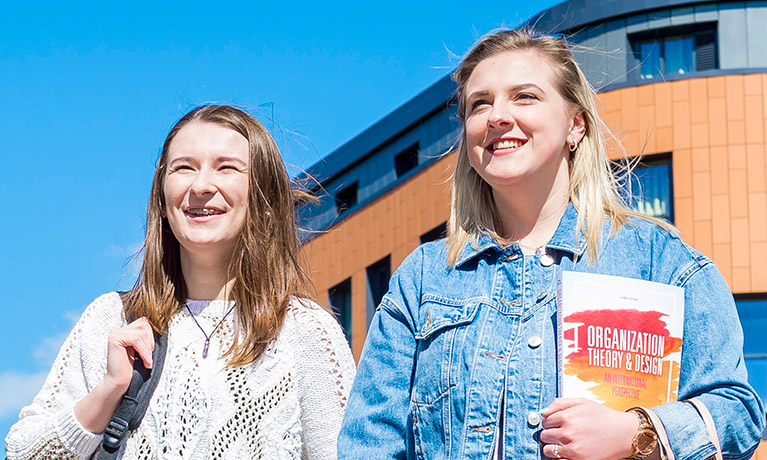 Graffiti art will help Delia Derbyshire inspire a city when her image is spray-painted onto a Coventry University building for International Women’s Day 2018.

Members of Coventry University’s senior leadership team will visit a range of institutions across India this month to establish new research partnerships and extend...

A Coventry University graduate helping to prevent vulnerable young people turning to extremism has been shortlisted for this year’s Alumni of the Year awards.