A creative Coventry fashion student has wowed judges to be named Young Designer of the Year after taking women’s rights with a cultural twist onto the catwalk.

This year’s prestigious competition called for designs centred on royalty, modern women and culture. And Ren beat hundreds of hopefuls to the top spot with a 21st century fashion twist on the life of Empress Wu Zetian, who ruled three Chinese dynasties from the year 690AD.

The empress and mother was recognised as a queen and later a king during her reign - something Ren said he wanted to celebrate and show off with his garment which merged royal and gender-specific colours with traditional feminine pattern.

As well as scooping the prestigious Clothes Show 2016 title and chance to see his winning collection modelled on the Clothes Show catwalk, the 22-year-old designer was awarded £1,000 prize money and a £500 fund for the university.

I was so happy to be nominated, I can’t believe I was one of the finalists let alone the winner. It is a fantastic feeling and a great beginning for my career which will motivate me to do better and better.

“I took inspiration from the queen Wu Zetian. She was inspirational for me because she was not only a queen, she became a king as well and may have been the first woman to protect the rights of women and prove that everyone is equal.

“The aim of this project and the clothes I design is try to bring people different views of what fashion can be.

“Nowadays, people think of fashion, trend and design all based on the Western culture. But I believe every culture has its own beauty which is why I decided to combine Chinese style in my garments.”

A creative Coventry University graduate has conquered the catwalk to be named best young designer after impressing judges at the Midlands Fashion Awards 2016. 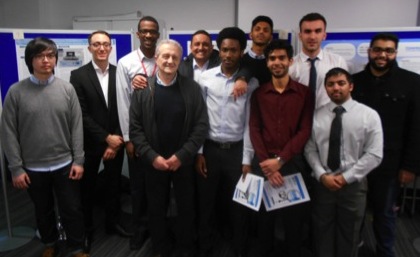