The collapse of the payday loan industry in the UK has led to more people turning to their friends and family for financial support, a new report has revealed.

At their height in 2013 payday loan companies were lending £2.5bn billion to 1.7m consumers in the UK. These numbers fell to £1.1bn and 800,000 consumers in 2016 following the introduction of new regulations by the Financial Conduct Authority. Market leader Wonga went into administration earlier this year, Money Shop stopped issuing cash loans and other payday firms are also experiencing financial difficulties.

Now new research, based on interviews with 80 former payday loan borrowers across the country, has revealed where people who used to borrow from payday companies are getting access to cash.

The most common source of funds has proved to be ‘friends and family’ – with more than a third of those interviewed saying that after failing to access a payday loan, they instead borrowed money from someone they know.

Other actions taken by those declined credit from payday companies included cutting back spending in other areas in order to afford the item they wanted; going without the purchase they had intended to make; or seeking credit from another source. Tellingly, very few of the interviewees were aware of ethical credit alternatives, and only one person had any savings to fall back on.

The project was commissioned by the Carnegie UK Trust and Barrow Cadbury Trust and carried out by Toynbee Hall and Coventry University.

The decline and demise of much of the payday loan market in the UK over the past two years is highly welcome and ensures many people are protected from high cost credit.  It is unrealistic, however, to think that the demand for credit which fuelled the rise of payday loans has dissipated overnight – particularly when the underlying conditions which drove much of that demand remain the same; low wages, heightened job insecurity, significant pressures on the cost of living and the exclusion of millions of people in the UK from mainstream financial services.

While the growing number of people turning to friends and family for financial help may sound positive, it wasn’t always viewed positively by the individuals who borrowed in this way, it’s questionable whether this is a sustainable or desirable solution to the credit needs of millions of people in the UK. We urgently need to grow the UK’s small, but affordable, not-for-profit alternative credit sector, including CDFIs and credit unions, to ensure everyone has access to the support they need, delivered in a fair and ethical way.”

“We explored the lived experience of the impact of high-cost, short-term credit regulation on consumers and whilst we found that the regulation has largely protected borrowers from harm, we still found pockets of poor practice. The FCA needs to ensure that lenders are sticking to the guidelines in practice, and to move to extend the cap on payday loans to other forms of high-cost credit to ensure the sector is reformed in favour of the consumer”

The report, The Lived Experience of Declined Payday Loan Applicants, outlines a number of recommendations for action by policy makers:

The research was carried out between January 2017 and April 2018. The first phase took place in England, with 40 interviews largely spread between London and Birmingham and the West Midlands. The second took place in Scotland, primarily in Glasgow. 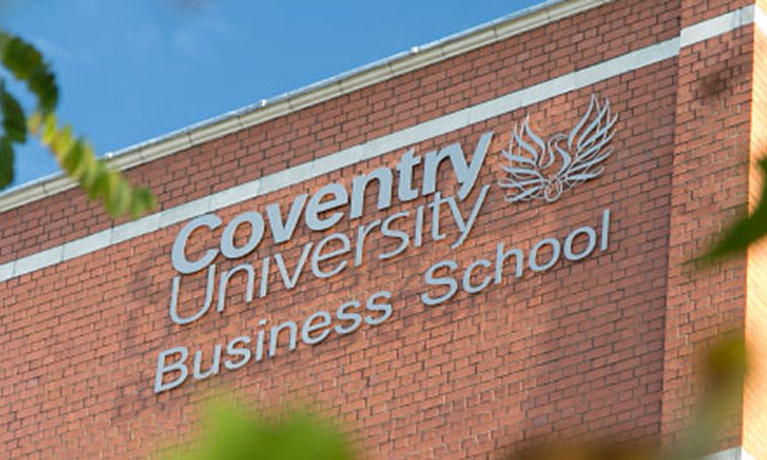 Coventry University's business school has been highlighted in a new ITN Productions programme exploring the often unheralded impact that our UK business schools have on...