A Coventry University fashion student has been named as Emerging Designer of the year after wowing judges across the Midlands.

Held in Birmingham, the event celebrates creative talent across the region, encouraging students to enter one of nine categories to show off their design skills in everything from make-up to fashion and photography.

Natasha, who graduated from a Fashion BA degree at Coventry this month, was praised for her textile collection which was inspired by the contemporary artist, Bruce McLean.

Natasha who lives in Coventry, said:

“I am absolutely delighted to have been selected as Emerging Designer of the Year. It was a pleasure being a part of such an inspiring event and I am thrilled that my work was recognised.”

Fellow Coventry graduate Chloe Ennis from Tamworth also did well at the awards, finishing second in the Young Accessory Designer of the Year category. And former student, Daisy Burt from Somerset took second place in the overall Young Designer of the Year.

“We are immensely proud of all our students. Natasha, Chloe and Daisy put in so much effort into their entries and it’s amazing that their hard work has been recognised.”

Jenny Eason, founder and managing director of the awards, said:

“Congratulations to all, very excited to see the high standard and quality of work coming through on the catwalk, along with the exhibitors, stylists and photographers.

It was very difficult for the judges to decide on the winners and much discussion was had! We wish everyone who took part all the very best and look forward to seeing what they have in store for us in the near future.” 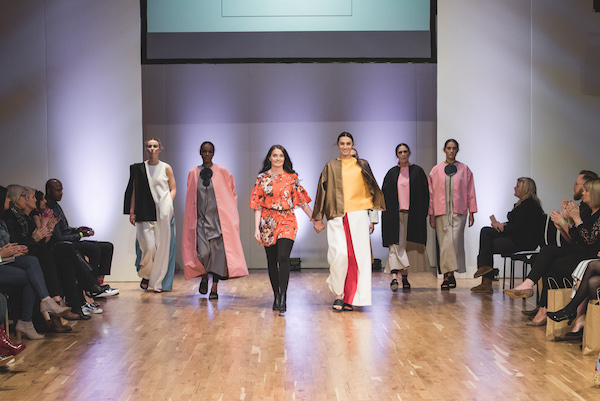 A celebrated midwife who has dedicated more than 30 years to helping expectant mothers and students across the Midlands has received an honorary degree from Coventry...