Professor Stuart Weinstein is an internationally recognised thought leader on legal risk management, governance and compliance and an expert on the impact of regulation on wholesale operations in the banking industry with an emphasis on post-trade settlement and custody industry, the role of central securities depositories and international central securities depositories in the intermediated securities chain, financial crime compliance (FCC) and transparency and the impact of regulatory reform on the global derivatives industry.

Professor Weinstein was Head of Coventry Law School from September 2013 to December 2015 and now he focuses research, PhD supervision and commercial engagement.

Professor Weinstein practised as a lawyer in New York, California and served as General Counsel to the Daewoo Group of Companies in both Seoul and Los Angeles. 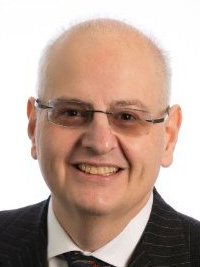