I came to Coventry University to take up the post of Principal Lecturer and Associate Head of the School of Humanities (Student Experience, Quality Assurance and Accreditation) in June 2016. I joined Coventry from Edge Hill University, where I was Programme Leader for English Literature and a former Associate Head of the Department of English, History and Creative Writing. I have also previously taught at the International Study Centre, Herstmonceux Castle (Queen’s University, Canada, in the U.K.), Canterbury Christ Church University and the University of Kent. I have taught most periods of English and American Literature and Drama, though have tended to specialise in Eighteenth-Century Literature, Renaissance Poetry and Drama (especially Shakespeare) and in Modernism and Postmodernism; I have also, at various times, taught Philosophy and Creative Writing. As well as writing literary criticism, I am also a poet. I am a long-standing member of the British Society for Eighteenth-Century Studies, and also a member of the British Association for Romantic Studies. I am a Fellow of the Higher Education Academy (FHEA).

My principal research interests are in the labouring-class poetry of the ‘long’ eighteenth century, including Stephen Duck, Mary Leapor and James Woodhouse. My other research interests include Jonathan Swift, Samuel Richardson and the contemporary American novelist Chuck Palahniuk. I have a longstanding interest in Late Modernist Poetry, and my own poems have appeared in a range of anthologies and journals, including the festschrift An Educated Desire: Robert Sheppard at 60; The Wolf; Erbacce; Nth Position; Great Works; Pages; Anon; and Poetic Hours. 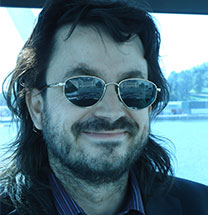