My research cuts across the fields of migration, citizenship, and security studies. Most of my work derives from a general interest in citizenship and community. In particular, I examine how the ambiguous boundaries of citizenship are transforming conventional meanings of politics and the space of political community. My research has developed around the following three areas: (1) irregular migrant activism; (2) mobility and natural disasters (in particular, the Fukushima nuclear crisis); (3) foreign fighters and the idea of community. I have been committed to interdisciplinary research by drawing on works mainly from citizenship studies, migration studies, border studies, and critical International Relations.

(1) Mobility and the political community

This research project has been guided by the question of how migrants engage in the reshaping of political community. It specifically focuses on the legal and linguistic aspects of their involvement in politics. My research articles examined the mismatch between migrants’ legal statuses and their actual mobility patterns (2012a, 2014, 2015b) and developed new models for thinking of community through the concept of political society (2009), and through translation space (2012b).

(2) Natural disasters and recreation of community

Prompted by the Fukushima nuclear disaster, caused by an earthquake and tsunami in northern Japan in March 2011, I have developed this research to examine how people move in response to nuclear accidents and how such movement challenges the pre-disaster spatial framework. I have examined these questions in relation to the notion of ‘home’ (2015a) and security.

(3) Rethinking citizenship and the nation-state model

The aim of this project is to rethink the relationship between citizenship and allegiance and question the widely-held belief that allegiance to one specific political community is the basis of citizenship. The project is in the initial stage and will be further pursued with a particular focus on foreign fighters joining conflicts in other countries. I am interested in examining what it means for foreign fighters to belong to the state and what it means to have a citizenship status in the contemporary context. 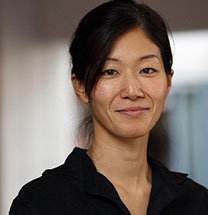