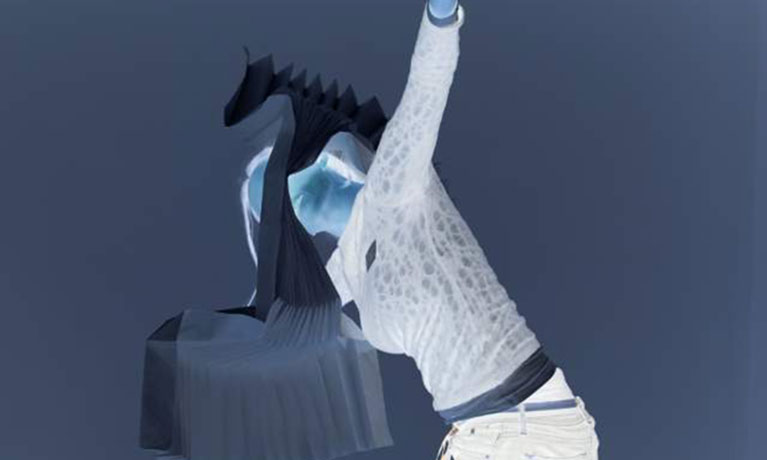 Schedule and registration information below

REFLECTIONS OFF THE FUTURE

As an acoustic phenomenon, an echo is a reflection of sound off a surface. The time it takes to reach this surface and return is proportional to the distance between the sound source and the surface. Digital Echoes began in 2011 engaging with reflections off the surfaces of the past, in the form of artistic responses to two digital dance archives.[1] For Digital Echoes 2018, we invited contributions that reflect off the surfaces of the future. As the question “Where are we now?” was the starting point for the Dance Fields symposium at Roehampton in April 2017[2], we propose for Digital Echoes 2018 to ask, “Where are we going?”

Therefore, for Digital Echoes 2018 we asked people to let their imaginations run free, to dream up how this future echo might appear. We made this proposal in the wake of the publicity surrounding Yuval Noah Harari’s Homo Deus: A Brief History of Tomorrow (2015) and inspired by the concept of Future Studies, an interdisciplinary field not without its controversies (is it or is it not a field?). What interests us is the possibility of a certain rigor: the study and analysis of patterns of the past and present to explore “sustainable futures”.[3] In 2018, we are also going against the historical digital grain of the symposium and encouraging contributions from a broader range of perspectives whether they consider themselves to be analogue, beyond- or Post-digital.[4]

SUMMARY OF PAST DIGITAL ECHOES: For the first Digital Echoes 2011 two artists, Oliver Scott and Efrosini Protopapa, were invited to use the digital dance archives (see Footnote 1) as a source for an artistic response. In 2012, Digital Echoes again took the digital dance archive as a key point of departure and included other initiatives (i.e. British Black Dance Archives). In 2013, connections were made between the archive and other digital cultural resources, and in 2014 the discussions turned to a wider consideration of the implications of digitization on openness and new models of access. In 2015, the symposium featured discussions and debate inspired by two large-scale European projects exploring how digital environments impact cultural heritage[5]. The 2016 symposium called for a critical review of the impact of participation, “one of the most prominent legacies of the digital,” on how we imagine our future. In 2017, Digital Echoes took “dance digitization” as an opportunity to ask fundamental questions about dance “as we know it” in the time of networked computational media.

Registration will open at 09:00 and the presentations will kick off at 09:30.

Registration for the event will cost:

For any enquiries please email cdare.fah@coventry.ac.uk