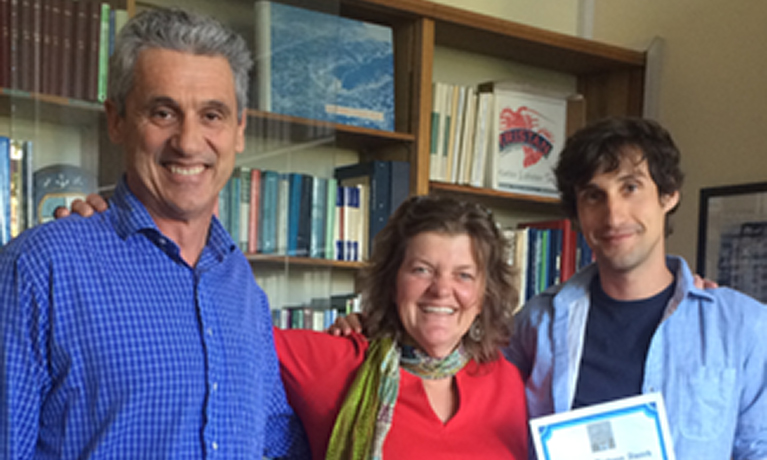 Dr. Bastien Dieppois, of the Centre for Agroecology, Water and Resilience (CAWR) at Coventry University for these last two years, has been trained to hydrological and climate sciences at the University of Rouen, where he completed his PhD by May 2013. His research is focused in quantifying uncertainty in climate projections and its impact on water resources in Africa, where he spent some years of his life, for one, during his postdoctoral years at the University of Cape Town. He is particular interested in understanding the processes driving decadal timescale fluctuations, which could, regionally, temporarily damped or enhanced the current trends related to climate change, in precipitation, temperature, streamflow (or extreme events, such as floods) in Africa.

Regarding his last paper identifying the climate processes driving decadal timescale fluctuations in southern African rainfall and droughts, Dr Bastien Dieppois has recently been awarded the Stanley Jackson prize. This prize rewards the annual best and most significant contribution in oceanography and atmospheric sciences (including environmental and hydrological sciences) in southern Africa.

This study should, for instance, help to understand recurrent rainfall and drought patterns across this dry region, while the current state-of-the art global and regional climate models present some difficulties in simulating such anomalies. This is also of particular importance in developing new seamless prediction approaches at the seasonal and decadal time scales, which are increasingly used in developing adaption and mitigation strategy to climate change.

This paper titled “Interannual to interdecadal variability of winter and summer southern African rainfall, and their teleconnections” was submitted in Journal of Geophysical Research-Atmosphere and is available now.