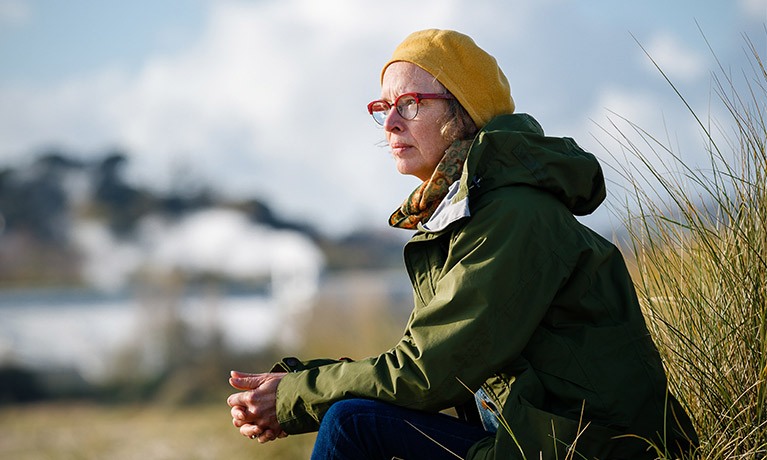 Rosemary Lee, a choreographer and Associate Professor in the Centre for Dance Research, has received an OBE in the Queen’s birthday honours in recognition of the contribution her career and works have made to the world of dance.

Since starting her career as a choreographer in 1985, Rosemary’s practice has focused on communities and the significance of place and space.

Known for working in a variety of contexts and media, Rosemary has created large-scale site-specific works with cross-generational casts, solos for herself and other performers, as well as video installations and short films for the BBC.

Her work has challenged and changed the idea of what dance can be, who it is for, who can perform it, and where it might be performed. This is showcased in her most acclaimed work, boy, which follows a nine-year-old boy and highlights the poetry in the untrained dancer’s movements.

Rosemary’s work also focuses on mixing people of all generations in her dance performances. Her most recent work, Threaded Fine, was a five-hour piece with live music in both indoor and outdoor spaces. It included 24 solo dancers aged from nine to 70+ and included professionals and non-professionals.

Rosemary joined Coventry University in 2015 and is currently working on a collaborative project, Orchard Portraits, a seven-screen video installation featuring six senior soloists (aged over 70) and 60 school children. Filmed and premiering at West Horsley Place, Surrey, in 2023, it features the performers moving in a wild orchard alongside ancient fruit trees as the seasons change in the space.

I am humbled that my work has been recognised in this way.  I plan to continue to create work for different contexts, audiences and performers and to advocate for dance to be recognised as vital to enhancing our understanding of what it is to be human.

Find out more about the Centre for Dance Research.