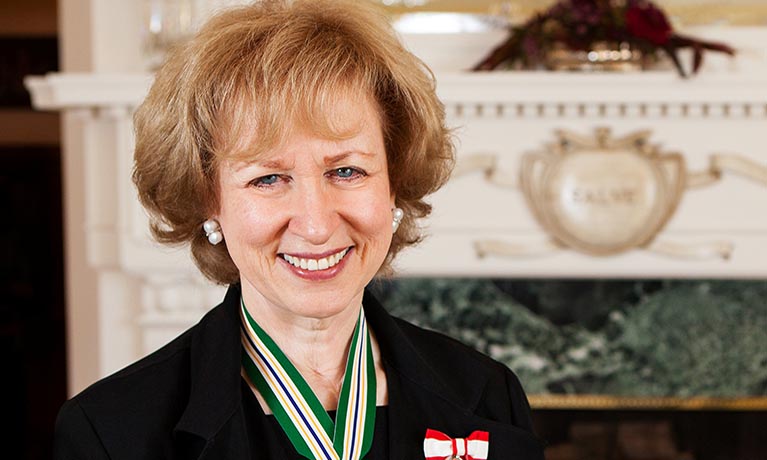 The three-day event, led by Coventry University’s Centre for Trust, Peace and Social Relations, in partnership with Coventry Cathedral and Coventry City Council and will run from Wednesday 10 to Friday 12 November 2021.

Kim Campbell was the first, and to date only, female Prime Minister of Canada. Since leaving office, she has championed the role of women in leadership by serving as chair of the Council of Women World Leaders and as President of the International Women's Forum. As Archbishop, Justin Welby is the worldwide leader of the Anglican Communion. Speaking at the event in Coventry will be a return to his local roots, having been co-director of the international ministry at the Coventry Cathedral-based International Centre for Reconciliation.

They will be joined by Lord Peter Hain, who helped to negotiate the Northern Irish power-sharing deal between Sinn Féin and the DUP during his time as Secretary of State for Northern Ireland, and Lord Peter Ricketts, retired senior British diplomat and the UK government’s first national security adviser from 2010 from 2012.

RISING brings together global leading politicians, policymakers, academics and community organisers to discuss and promote new ways to make and sustain peace, both in local communities and on an international level. Participation in the event is open to anyone of any background with an interest in creating peaceful communities.

The theme for this year is ‘Leadership for Peace’, with a full line-up of speakers from around the world to be confirmed in the coming weeks.

There will be a return for live audiences at the hybrid conference, which will take place in Coventry — the UK’s only International City of Peace and Reconciliation — with a series of live and virtual lectures and discussions in the city’s cathedral.

The programme will also include the annual Lord Mayor’s Peace Lecture, which will be given this year by Neville Staple, of 2Tone band The Specials, and his wife Sugary, a writer, producer and performer in her own right.

Since our launch of RISING some six years ago, the scale of the challenges facing people and their communities worldwide have continued to concern us all. Conflict, climate change and the Coronavirus bring threat and suffering. Many countries appear stuck, unable to adapt and respond. We require leaders at all level in our communities to step forward with both a new vision and strategy for building and sustaining peaceful communities. This year’s theme will provoke focus and discussion on the demands for fresh leadership - critical for enabling the changes we need; new leadership that can shed short-termism and/or self-preservation and create sustaining outcomes.

Find out more about the free-to-attend event and registration.