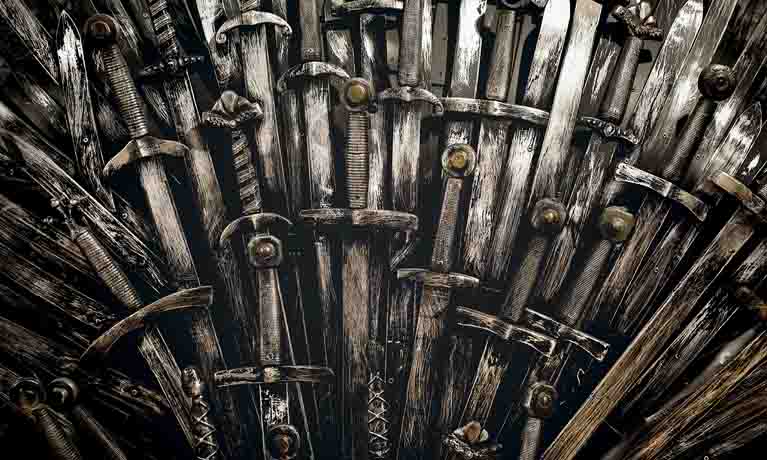 What are the secrets behind one of the most successful fantasy series of all time?

Game of Thrones has invited all sorts of comparison to history and myth, and the marriage of science and humanities opens new avenues to comparative literary studies.

Researchers from Coventry University joined those from four other universities across the UK and Ireland to probe how the sprawling, dynamic, complex narrative of A Song of Ice and Fire, the books on which the Game of Thrones TV series are based, achieved broad accessibility and acclaim without surrendering to the need to be simplified.

In a paper published in the Proceedings of the National Academy of Sciences of the USA, a team of researchers from Coventry University’s Centre for Fluid and Complex Systems and the Universities of Warwick, Limerick, Cambridge and Oxford have used data science and network theory to analyse social networks in the acclaimed book series by George R.R. Martin.

The study revealed that the way the social networks between the characters are arranged is similar to how humans maintain relationships and interact in the real world.

Despite more than 2,000 named characters in A Song of Ice and Fire with more than 41,000 interactions between them, at chapter-by-chapter level these numbers average out to match what the average reader’s cognitive limit can handle in real life. Even the most predominant protagonists have only 150 relationships to keep track of; the same number that the average human brain has evolved to deal with at any given point in human life. This suggests that the network properties of the society described in Ice and Fire mirrors the social networks seen in real life.

While it may be expected that matching mathematical motifs might lead to a narrow script, George R. R. Martin keeps the reader engaged by seemingly killing off characters at random.

The team analysed the deaths of key characters in the book in two ways: firstly through story time, which is measured in days and months and refers to the order and pace of events as they occur in the fictional world; and through discourse time, which is measured in chapters and pages and refers to the order and pacing of events as experienced by the reader.

When analysing deaths in terms of discourse time, the deaths appear to occur quickly and at unexpected points in the story. However, the team argue that when analysed through the ‘story time’ lens, the deaths are not random at all: rather, they reflect how common events occur naturally in the real world.

"This kind of study opens up exciting new possibilities for examining the structure and design of epics in all sorts of contexts; impact of related work includes outcry over misappropriation of mythology in Ireland and flaws in the processes that led to it."

"I am excited to see the use of network analysis grow in the future, and hopefully, combined with machine learning, we will be able to predict what an upcoming series may look like."

"The methods developed in the paper excitingly allow us to test in a quantitative manner many of the observations made by readers of the series, such as the book's famous habit of seemingly killing off characters at random."

"People largely make sense of the world through narratives, but we have no scientific understanding of what makes complex narratives relatable and comprehensible. The ideas underpinning this paper are steps towards answering this question."

"This study offers convincing evidence that good writers work very carefully within the psychological limits of the reader."

"These books are known for unexpected twists, often in terms of the death of a major character, it is interesting to see how the author arranges the chapters in an order that makes this appear even more random than it would be if told chronologically."