Mapping the global impact of shrinking glaciers on river invertebrates

River invertebrates react the same way to decreasing glacier cover wherever in the world they are, say scientists who have evaluated more than one million of them in diverse regions with shrinking glaciers, to determine the impact of global environmental change.

Their findings, published today in Nature Ecology & Evolution, indicate that there is a globally consistent pattern in the way river invertebrates respond to decreasing glacier cover. It highlights the possibility of applying a similar method to track environmental impacts on invertebrate groups in other types of ecosystems.

Lead author Professor Lee Brown, from the School of Geography and water@leeds at the University of Leeds, said:

“By combining river invertebrate records from all over the world, we are able to map functional traits shared by species, such as body size, movement, life cycle length and eating habits.

So while New Zealand does not have the exact same river invertebrate species as the USA, those species that are present in each location possess similar functional traits.

Because traits determine how species respond to changes in the environment, we can chart the effect of environmental change on functional traits and thus understand the impact on river invertebrate communities worldwide.”

The team combined data on river invertebrates collected from over 170 sites in nine different mountain ranges — spanning across three continents and both hemispheres. By examining invertebrates from glacier-fed rivers the researchers were able to ensure that the effects on functional traits would be due largely to environmental change caused by glacier shrinking as opposed to human-made impacts, because these study regions are often more pristine than other river ecosystems.

“This study allows us to see how functional traits influence species adaption to the changing environment. For example, as glaciers shrink we see that invertebrate responses are strongly influenced by whether they can easily migrate to and thrive in a new location.

Under scenarios of rapid future environmental change such as global glacier retreat, organisms which are only able to migrate short-distances might not keep pace with habitat shifts — leading to major changes in these aquatic ecosystems.”

“Invertebrates account for nearly 95% of the animal species on Earth. They perform important key ecological roles such as maintaining soil fertility, carbon cycling and water purification. Understanding invertebrate functional responses to environmental change is of urgent importance to reduce the threat of extinctions and changes to major ecosystem functions.

Our results highlight the potential to use trait-based approaches to predict the impact of environmental change on invertebrates such as those that live in other ecosystems, such as the oceans, soils or even in cities.” 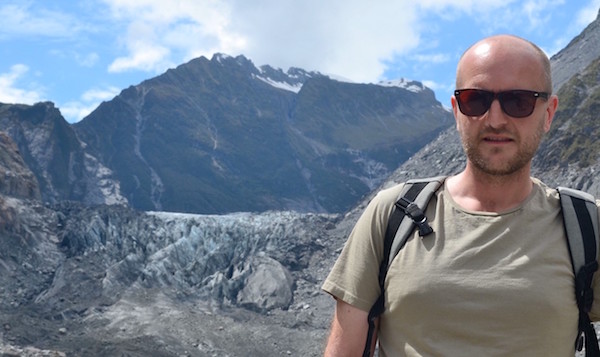 For additional information and to request interviews please contact Anna Harrison, Press Officer at the University of Leeds, on +44 (0)113 34 34196 or a.harrison@leeds.ac.uk

Research by Coventry University based on analysis of 6,714 cases of professional misconduct by health and care professionals has identified three types of perpetrator,...