Discover the genius of the ‘British da Vinci’ for the first time, with a pioneering interactive reality archive at Coventry University.

Praised as the Leonardo da Vinci of his time, 19th century engineer Frederick Lanchester was behind the creation of the first all-British motor-car and theorised the principles of flight a decade before the first plane took off.

He set up the Lanchester Motor Company with his brothers Frank and George, and went on to develop theories behind power steering, turbo charged engines, disc brakes, stream-lining, and built the first petrol-electric hybrid car.

His forward thinking creations have now come to life in the Lanchester Interactive Archive, the largest display of its kind to showcase his unsung genius and inspire engineering minds across the city and beyond.

The public exhibition space tells the story of Frederick’s life and work through an extensive archive and a working part-model of one of the company’s well-known cars.

Augmented reality technology brings to life some of the engineer’s ideas and creations, and serious games offer the chance to learn about the concepts behind some of the designs and inventions still in use today.

The exhibition will be official opened by the project team at Coventry University and members of the Lanchester family on Wednesday April 26.

“Frederick Lanchester had a brilliant mind. He theorised flight before the Wright brothers got their first plane off the ground and patented technology that we still use in our cars today.

He is referred to as the British ‘da Vinci’ which is perfectly apt when you see what he was creating in his notebooks.

His creativity was incredible, and he was inventing these things at the turn of the 20th century which makes it all the more staggering and saddening to see the breadth of his unsung creative genius.

We owe so much to him and it’s wonderful that we can now show his thought processes and inventions to inspire young engineers.”

The exhibition was made possible thanks to a Heritage Lottery Fund grant of £466,600 and additional funding and support from Coventry University.

It is part of a three year project to fully digitise the archive of Lanchester’s works which incudes over 21,000 images individually detailing his sketchbooks, notebooks, blueprints, patents, letters and photographs.

An outreach project will also make the whole collection publicly accessible, and deliver activities and events to inspire a new generation of engineers and designers.

Historian, Chris Clark, who helped put the collection together, said:

I am delighted that my long-standing ambition to create a Lanchester exhibition for the public’s enjoyment has come to fruition.

The exhibition seems the perfect way to promote the genius of Dr Frederick Lanchester: scientist, engineer, mathematician, and inventor.”

Frederick Lanchester was a creative genius, engineer and entrepreneur; he embodied the spirit of Coventry and the students of Coventry University.

We were gifted his amazing archive of notebooks, blueprints and drawings and with the support of the Heritage Lottery Fund have brought his story to life. We have fused the past with the future, and I think Fred would be very proud.”

The archive space is now open to the public at Coventry University’s Lanchester Library on Gosford Street. Report to reception or email  info@lanchesterinteractive.org for access and information. 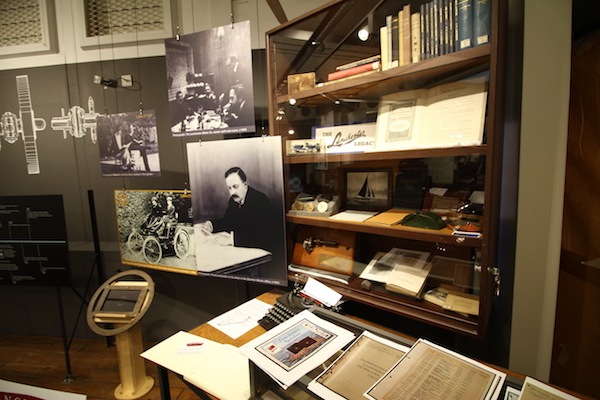 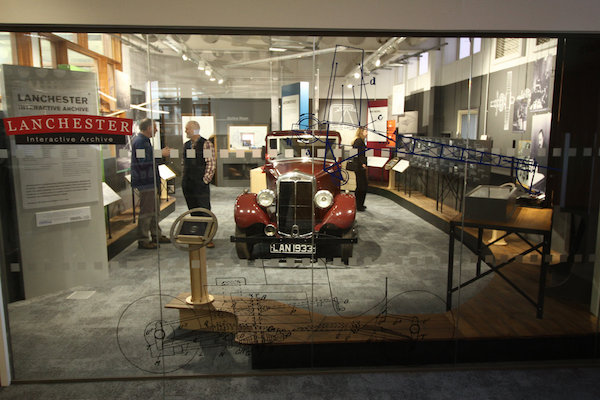 For further press information or to attend the opening of the public space, please contact Hannah Smith, press officer, on 02477658352 or email hannah.smith@coventry.ac.uk.

DIY, digital sculpting and more as city’s “Fab Lab” takes to the streets

Free lessons in DIY, classes from a BAFTA winner on the basics of creating computer games, digital sculpting workshops and a special “repair cafe” for broken toys and...