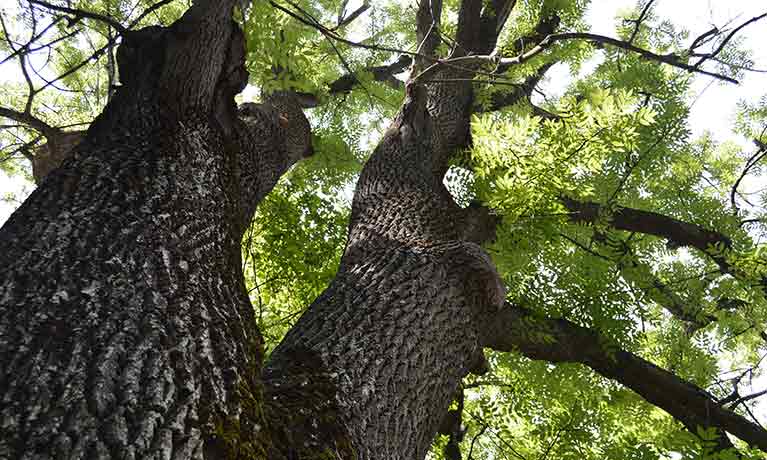 Coventry University researchers have teamed up with a community-owned land project in efforts to prevent ash trees being completely wiped out from the British countryside.

Starting in May 2019, research from the university’s Centre for Agroecology, Water and Resilience will join a team from East Sussex group, Sacred Earth for vital new research into methods of saving the ash tree from a highly infectious disease known as ash dieback.

Ash dieback is caused by the fungus Chalara fraxinea, leading to leaf loss and crown dieback in affected trees and is usually fatal. And trees showing symptoms of the disease are now widespread across Europe – particularly in Denmark where 90 percent of ash trees have been lost to the disease.

The disease was first detected in Britain in 2012 within a consignment of infected trees sent from the Netherlands to a nursery in the south of England. According to the Forestry Commission, it is now already present on half the UK landmass (49.2percent) and could potentially render the ash tree extinct on this island.

In 2016, a promising study showed that enriched biochar – a special kind of charcoal made at lower temperatures than the kind put on barbecues – could help trees resist the disease. Unfortunately, this research was never finished and as so many trees on Sacred Earth’s site are already affected, the groups’ founder Phil Greenwood became determined to seek funding and an academic partner to find out if biochar really could be the answer. Now his vision has come to fruition with this major research collaboration.

The Sacred Earth team has already been laying the groundwork for this essential new research by sourcing the requisite number of ash tree seedlings from our nearly 40-acres of woodlands, in preparation for the creation of an on-site ash tree nursery. From May, a PhD student will start three years’ worth of research across the Sacred Earth site and Coventry University’s laboratory.

The ash tree has a central place in the British countryside and is threatened by the devastating ash dieback disease. This new project is an opportunity to increase our understanding of the problem and to develop management measures that are in line with agroecological principles.”

The ash trees on our own beautiful woodlands have already been affected by the scourge that is ash dieback disease. We are consequently over-the-moon to be working with such a prestigious academic institution on this vital research – to see if biochar is the key to keeping the ash tree an integral feature of the British landscape.

The ash tree is home to a great number of indigenous insects and slugs. As it lives so long, up to a grand old 400 years or more, it’s also a favourite home for hole-nesting birds, like owls, woodpeckers and the nuthatch. Culturally, it’s of huge significance. Not only is it the third most common British tree, but in terms of our folklore it’s the world tree – just like it’s the ‘tree of life’ in Norse mythology. It seems deeply symbolic that such a totemic tree should be in such terrible danger in these troubling times, which is why we’re determined to do everything we can to further the already promising research concerning biochar’s effects against ash dieback.”

The Sacred Earth team has already been producing and using biochar for the last two years using the ancient techniques of coppicing and pollarding – basically pruning trees to encourage greater regrowth. They then make biochar from the wood offcuts, baking them in the on-site kiln, before grinding it by hand and mixing it with other soil-nourishing ingredients, like seaweed, comfrey, worm casts and biodynamic compost preparations.

The resulting enriched biochar is either dug back into the land, especially around tree roots, or sold to raise funds for our crucial education work. When dug into soil, it does amazing things for its fertility. Find out how you can support the project and critical research here.

Maria Moruz has been nominated for the Architects’ Journal’s AJ Student Prize 2018.