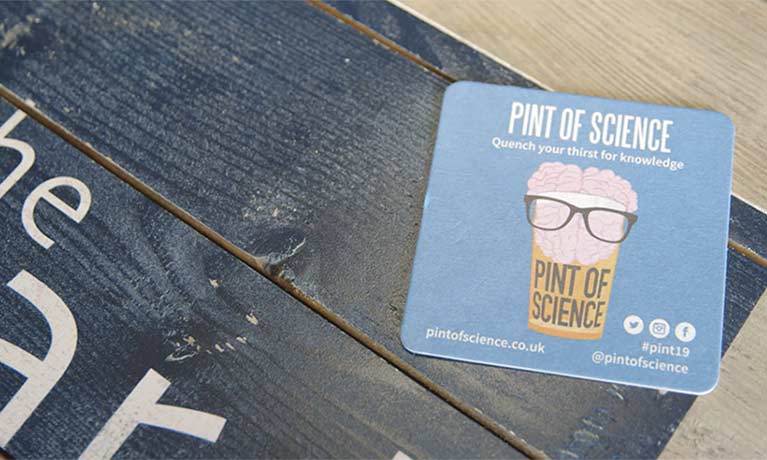 The public science festival, Pint of Science, is returning to Coventry this year with experts from the Universities of Warwick and Coventry talking about their research work in a selection of pubs and venues around the city.

This year academics will be appearing at Backhaus and Co at Fargo Village, The Yard and Shopfront Theatre in the city centre and The Old Clarence in Earlsdon, between 20 and 22 May. There will also be a programme of talks at the White Horse, Leamington Spa.

Among the topics the presenters will be covering are Martians, DNA, electricity and magnetism, dyslexia, pollution, soil, cells, plastic and paramedics. They will also be tackling important issues like sexual health, the importance of sleep, and asking who’d win in a fight – the sun or a trillion lions?

Included in the exciting and thought provoking talks in Coventry this year are:

Chemical lego – better pregnancy and disease testing: Current diagnostic tests for pregnancy and disease have some major flaws when using them in the developing world. In this talk Alex Baker from Warwick’s Chemistry department will ask if we can fix these problems by viewing the world less biologically and more like Lego. If we did, could we use chemical Lego to make a robust diagnostic for less than $1 and help the 1.3 billion people at risk of Cholera?

The gift of a dyslexic mind: Adults with dyslexia have become some of the world's greatest entrepreneurs, scientists and artists, but there's still a shortfall when it comes to researching dyslexia. Dr Rosa Kwok from Coventry University explains some of her research into children with dyslexia and shows how her results will encourage dyslexic children to find their own unique talent, as well as demonstrate why both educators and employers have such an important role to play in unlocking the potential of the 6.6 million people in the UK who have dyslexia.

The Fate of Suns and Planets: In around five billion years, our Sun will run out of fuel and die. Unlike the death of a large star, there won't be a violent supernova explosion. So what does happen to suns like ours, and the planets around them? Matthew Hoskin from the University of Warwick’s physics department will explain the evolution of sun-like stars off the 'Main Sequence', through a red giant phase, and into a cooling white dwarf star.

Tickets are available from the Pint of Science website (pintofscience.co.uk), and tickets for each evening cost £4.

It’s great to bring Pint of Science back to Coventry this year. The festival is an exciting opportunity for researchers from Warwick and Coventry to tell their research story to a local audience.

There is some incredible work going on at both universities and it will have an impact on people’s lives, so come along to hear about some of the world class research developments, straight from the scientists, perhaps over a pint and a packet of crisps.”

We are really excited to be part of the Pint of Science festival for another year and to be taking some of our most interesting ideas and research projects out to pubs and bars across the region.

Coventry continues to grow as a city of innovation with research that is changing lives in everything from engineering to healthcare.

This is a fantastic opportunity for us to share and celebrate that, so join us to discover how our research is answering some of life’s most burning questions, and what impact big changes are having on you and your city.”

The international, three-day Pint of Science festival will see thousands of scientists simultaneously bringing their research out of the lab to share with the public in over 300 cities across 24 countries. Founded seven years ago by two UK researchers, the festival brings a unique line up of talks, demonstrations and live experiments to the nation’s favourite locals. This year’s festival theme is “What Next?” – posing this critical question to researchers working across a huge range of scientific disciplines.

OR contact Hannah Smith, Press Officer, Coventry University on hannah.smith@coventry.ac.uk or call on 02477658352 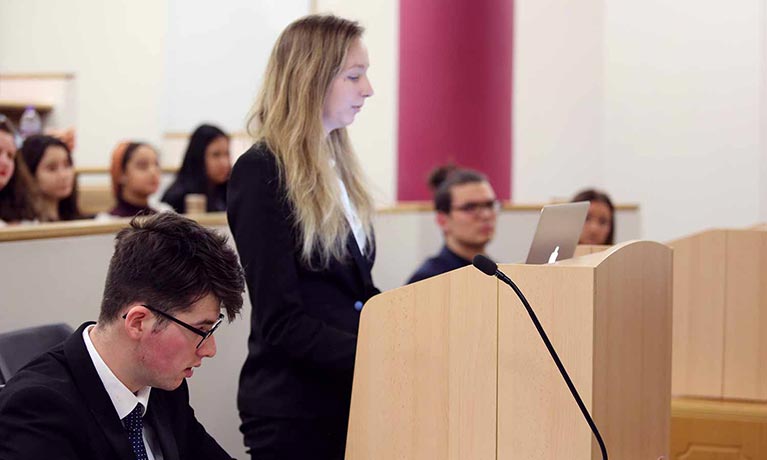 Students from Coventry Law School are going head-to-head at the UK Supreme Court today in a test of their advocacy skills, which – as part of a nationwide mooting...