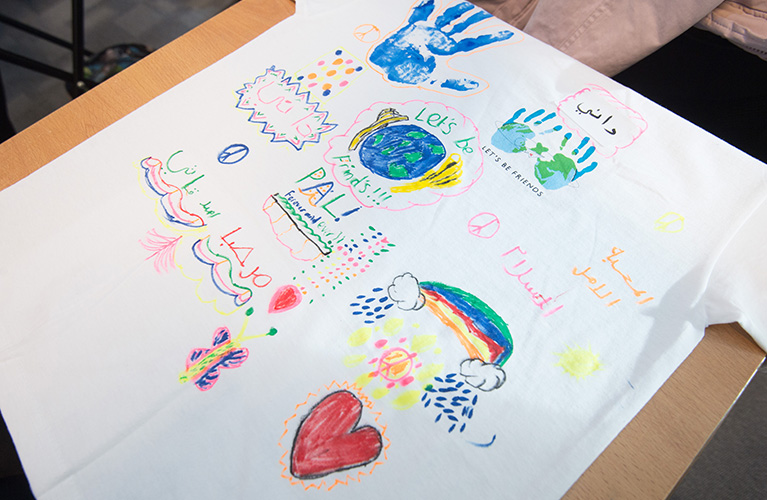 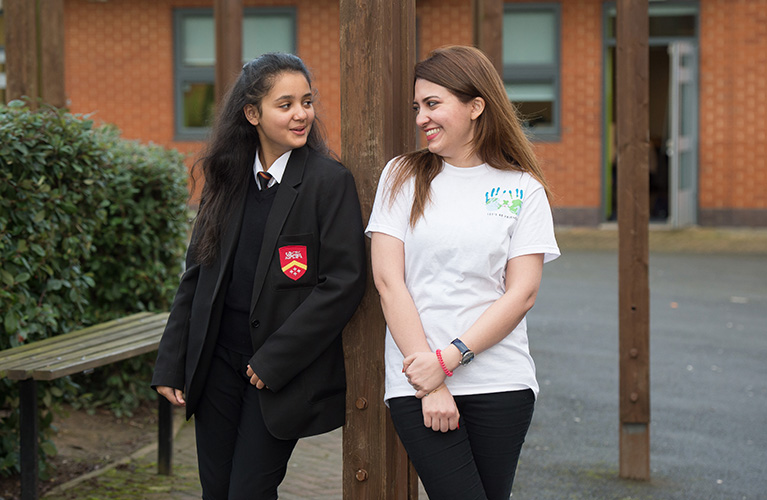 Students at Caludon Castle School have become the latest recruits to a scheme run by a former Coventry student to make friends with children in refugee camps.

Year 7 children, aged 11 and 12, took part in the Let’s be Friends project, which aims to tackle stereotypes and promote understanding between young people in Britain and children in refugee camps in Iraq.

Students create a bespoke t shirt, featuring their names and information about themselves, for a child in a camp in Iraq. The Iraqi children who receive the t shirts then are given materials to create a similar t shirt to send back to the school.

The scheme is the brainchild of Coventry University graduate, Zinah Mohammed, an Iraqi national who herself was a refugee.

She has already has worked with Our Lady's Saint Teresa Catholic Primary School in Leamington Spa, and the Royal School in Windsor to get creative and share her own story of leaving everything she knew to find safety.

The 26-year-old who grew up in Baghdad under Saddam Hussein’s rule, said:

This is not just about children sharing a t-shirt to begin a friendship; it is also about the stereotypes around about Iraqi people like me.

I shared my story with children about how war changed my life, but how it never stopped me from dreaming big and achieving my ambitions.

The whole idea is to build a peaceful connection that children wouldn’t usually have access to. It is just one way of teaching them how similar we all are and remind us all of the value of dialogue and coexistence.

The response here has been amazing, young people were so keen to learn about what others their age are going through and wanted to write their names in Arabic for the Iraqi children to understand.

When countries all over the world are suffering from extremism or divisions we must not forget that we all share humanity. If we can educate people on the power of friendship, dialogue and tolerance then I believe we can make real differences.

Refugee camps have been set up across Iraq to house internally displaced families who fled their cities to escape the threat of extremist group ISIS and war.

Zinah, who graduated from a master’s in International Business Law in November, will send t-shirts to 70 children living in camps who will then return a handmade shirt to England. She also hopes to share pictures and video calls between the children.

The scheme is part of Zinah’s work with the Prince’s Trust International Leadership programme with which she is one of 54 international delegates chosen for their potential to make positive changes in their communities.

Before moving to Coventry in 2016, the law graduate set up the Shine Together charity team in her home city to take emergency supplies of food, cooking utensils, and clothes to hundreds of families in camps.