School of Mechanical, Aerospace and Automotive Engineering
Faculty of Engineering, Environment and Computing

Omid is currently a Lecturer in Analytical Methods at School of Mechanical, Aerospace and Automotive Engineering at Coventry University. He studied Biomechanical engineering at Kingston University London and received his doctoral degree in March 2014.

In the meanwhile, he worked as a part-time lecturer at the same University for 5 years and then worked as a Research Fellow in the system modelling and numerical optimisation aspects of human heart from March 2014 until May 2015 before he joined Coventry University.

This project was founded by British heart foundation and was collaboration between Kingston University London and University of Bath (£121,879) for 2 years. The aim of this project was to design and investigate preclinical feasibility assessment of an active Fontan assist device. The Fontan procedure is a by-pass operation mainly for children whose hearts have a deficient right side pumping action. He is involved in the supervision of two PhD programmes.

He also acts as a Member of Engineering Council (Chartered Engineer) and holds the position of secretary of London South West Panel of IMechE as well as a Fellow of Higher Education Academy (FHEA).

My main research activities are focused on experiment-validated computer simulations multiscale modelling of the human bone behaviour, considering the risk of fracture under side fall based on combined damage by osteoporosis diseases and fracture mechanics. Also, I am interested in the mechanism of injury in accidents and sports. 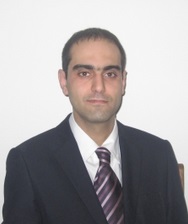