School of Law
Faculty of Business and Law

I am an academic lawyer. Previously, I was Head of the Law School at UCLan Cyprus, the first overseas campus of the University of Central Lancashire. As a Principal Lecturer, my main focus will be on research. My main area of specialisation is in Roman Law. I contribute to the teaching of both Equity and Trusts and Property Law on the LLB course. I have recently been appointed an External Examiner at the University of West London. I am also leading an Anglo-Russian initiative to establish an Arbitration Centre with its headquarters anticipated to be in London.

I am writing a monograph on Roman Family Law. This is expected to be the first in a series of equivalent monographs covering other areas of Roman Law. I am one of five Series Editors of the multi-volume Byzantine Law Series, which aims to translate many Byzantine legal texts into the English language for the first time. 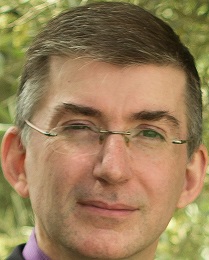