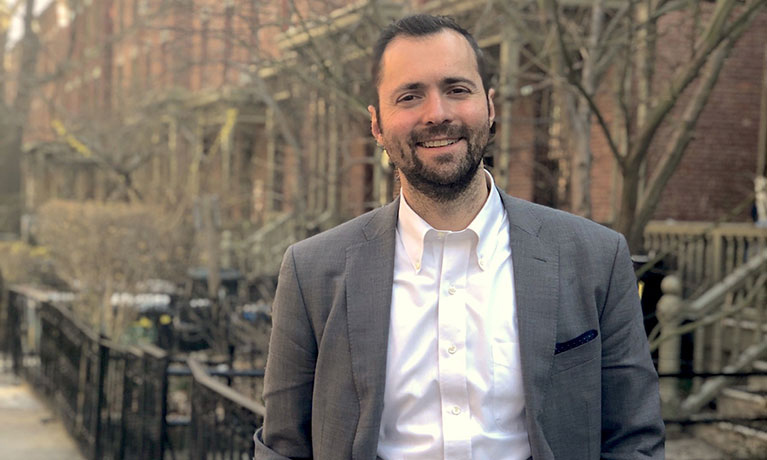 Dr Lorenzo Pasculli is the Associate Head for Research at Coventry Law School and an Associate Member of the Centre for Financial and Corporate Integrity (CFCI) at Coventry University. He is also a Sessional Lecturer at Imperial College London and a Visiting Professor at the University of Nebrija (Madrid, Spain).

Lorenzo has an extensive experience of teaching crime-related modules, including:

Lorenzo holds a PhD in Comparative and European Legal Studies from the University of Trento (Italy).

Prior to joining Coventry University, Lorenzo has been a Senior Lecturer at Kingston University London and an Adjunct Professor at the University of Padua (Italy).

Lorenzo held visiting positions in many prestigious universities around the world, including:

Lorenzo’s research focuses on the developments in crime, crime prevention and criminal justice brought about by globalisation. He is particularly interested in the implications that social and natural sciences can have on law and policy – especially with respect to the causes of contemporary forms of global crimes, such as transnational financial crime, systemic corruption or cybercrime.

Lorenzo’s research is comparative, interdisciplinary and socio-legal, as it seeks to assess the practical and social effects of laws and policies in different countries with the support of theories from various disciplines, including sociology, criminology, psychology, politics, economics, biology, genetics and neurosciences.

Lorenzo is conducting a longstanding investigation on how the law itself can more or less unintendedly enable systemic corruption using case studies from different economic sectors in various jurisdictions, such as Uganda, Australia, the UK and the US. For this study he draws particularly on criminological and regulatory theories on the unintended effects of the law.

Lorenzo is currently leading the project ‘CAPER. Closing the gap between Academia and Policymaking in the UK Economic crime Response’ funded by the Coventry University allocation of the Research England Policy Support fund.

Lorenzo has a solid track record of collaborating with policy- and lawmakers in the UK and abroad.

He is currently collaborating with the European Institute of Public Administration and the Dutch Ministry of Interior to conduct a comparative study on public safety within the Public Sector Performance Programme 2022-2025.

Recently, Lorenzo submitted evidence to various Select Committees of the UK Parliament, participated to the Law Commission consultation on corporate crime, helped the Parliamentary Office of Science and Technology (POST) on online extremism.

Lorenzo is also committed to public dissemination and engagement. He secured funding from UKRI/ESRC to run two events within the ESRC Festival of Social Sciences and he run an event on criminal justice with his students at the Imperial Fringe Festival.

He has a longstanding record of delivering professional training on crime-related issues for various private and public organisations across Europe, including CEPOL (European Union Agency for Law Enforcement Training), the International Centre for Parliamentary Studies, Journalist Association of Veneto (Italy), the Italian School of Public Administration, the School of Special Education in General Medicine of Treviso (Italy) and BMR Genomics (Italy).

Lorenzo has authored more than 30 publications. See below for a selected list. For a more exhaustive list see here.