I am Professor Emerita at Coventry University and Visiting Academic at the CSGR, University of Warwick. I retired in 2000 having been successively senior lecturer, reader and professor in international relations. For most of my time I taught in the International Relations department specialising in European studies. I also taught gender studies and in 1996 I combined the two, publishing Integrating Gender – Women, Law and Politics in the European Union. In 1992 I won a Nuffield research fellowship and from 1994 – 2000 was Jean Monnet reader and then professor in European studies.

I have kept an interest in African studies and am currently writing a memoir on my time in East Africa in the fifties and sixties and a monograph for the Africa Programme of the Royal Institute of International Affairs on the way in which African issues have been handled over the years. I have written many academic articles and have regularly written reviews and refereed articles and books for a variety of journals and publishers. 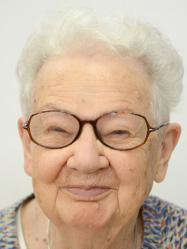