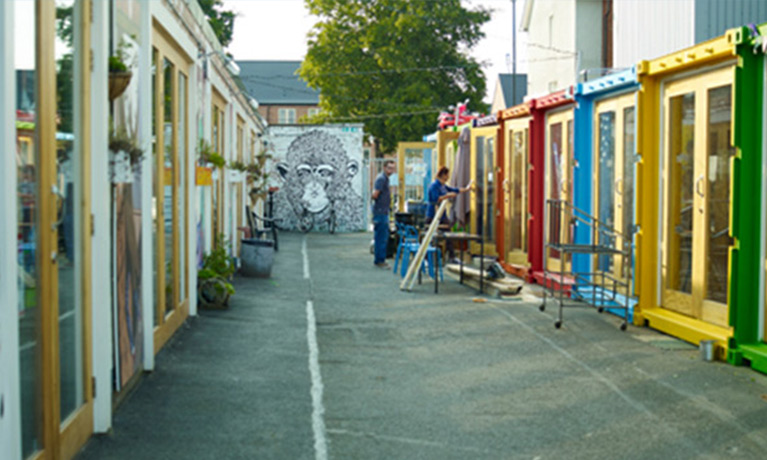 Think you know Coventry? That’s what they all say! But we’ve got the low-down on some Coventry city secrets people still don’t know about, which reveal just how much is really going on in our city!

Think you know Coventry? That’s what they all say! We’ve got the low-down on some Coventry city secrets people  still don’t know about, which reveal just how much is really going on in our city!

If you read on, you’ll see why  so many believe Coventry to be one of the most underrated and up and coming cities in the UK!

So, this may not be the biggest 'secret' but you'd be amazed at how many people still don't know Coventry is the UK's City of Culture in 2021. Even more people don't fully understand exactly what this means for the city. We are proud to be a Principal Partner of the official bid and are involved wih sponsoring, hosting and organising events.

As the Official 2021 City of Culture website states; the UK City of Culture is a competition run by the Department of Digital, Culture, Media and Sport (DCMS) every four years. Previous winners are Derry/Londonderry in 2013 and Hull who had their year in 2017.

Both cities experienced a major boost in tourism, as people travelled to visit all of the incredible events that the teams had organised. Cities also benefited from an increase in investors opening new businesses and more opportunities to support the local community, not just for the year but with a legacy that continued long after the year had ended.

There will be numerous events and investments made to the city throughout the year. Learn more on our own City of Culture 2021 page.

The Wave is a £37 million Water Park in the heart of Coventry City Centre.

It opened in 2019 and is home to a a number of water slides, a 25 metre swimming pool, gym, climbing wall, squash courts, dance studio and day spa. it's a great day out for people of all ages.

The innovative, futuristic-looking building even lights up evocatively at night!

Coventry’s hidden gemstone has been thriving for 4 years now, but there are still Coventry people amongst us who don’t know what, or where it is! You’ll find it at the bottom of Far Gosford Street.

It’s a cultural hub, full of independent shops, cafes, bars, eateries, performance spaces and food vans. It brings a new dimension of life to Coventry, with its aesthetic based loosely around that of London’s Camden or Brick Lane. I say “loosely” because when you’re there, it doesn’t feel like it’s imitating either of these places.

It is truly a magical fun day or night out, where you can explore Coventry’s subcultures in greater depth.

One of the county’s leading independent aviation museums. The Midland Air Museum is a unique aeronautical collection established in 1967, which many people don’t seem to know about! Interested in jets and aircrafts? Then you must visit Midland Air Museum!

The War Memorial Park is Coventry's premier park and attracts around 400,000 visitors from all over the city and beyond every year. Many come to enjoy a casual visit, while others come to take part in some of the many special events that take place throughout the year.

Roughly 48.5 hectares in size, the park is made up of two areas, the formal garden with the War Memorial and the sports areas, with playing fields, footgolf course, Splash 'n' Play Park and play areas. There is also a 1.6 mile circular footpath around the park.