Coventry has quickly become a student city with a wide range of different cultures and ethnic groups making it a bustling, friendly environment. And our University is situated in the heart of the city centre, meaning everything will be right on your doorstep.

The city is growing everyday with the city’s history, like the Cathedral and the Lady Godiva legend, standing side-by-side with brand-new developments for shopping, restaurants and cultural entertainment, and this is what makes Coventry what it is today. All of this is here for our students to enjoy.

Let's find out some more…

Theatre and the Arts

We’re backing the bid for Coventry to become UK City of Culture in 2021, and it’s no surprise since the city is so diverse and is becoming more vibrant by the day.

The Belgrade Theatre hosts an exciting mix of experiences ranging from locally produced performances, comedy shows, and touring West End shows. There is always something on that’ll you’ll be interested in and students get discounted tickets too!

Coventry’s tradition of multiculturalism couldn’t be more evident than in its music! The Coventry Music Museum showcases everything from 2-Tone to Bhangra, chart toppers to the local ‘Band/Artist of the Month’. And once you’ve submerged yourself in the musical history, there are plenty of great live music venues to find across the city including; The Tin, The Empire, Kasbah and the Ricoh Arena.

The Herbert Art Gallery & Museum is award-winning for celebrating the city’s culture and history, and the best part is that it’s right next to TheHub. There are always different exhibitions running and in the past, have included LEGO builds, Wildlife Photographer of the Year and the story of Children’s Television.

One of the best events to take in as much as possible is Coventry Godiva Festival. It is the UK’s biggest free family music festival and is based in the historic War Memorial Park every year, and is always jam packed with live music, entertainment, and craft stalls. From local talent to musical legends, the festival always tries to cater for all and if you still need convincing here are just a few acts who have taken to the stage before: Biffy Clyro, Kasabian, The Human League, Newton Faulkner, Kano, Toploader and Coventry’s own, The Enemy. 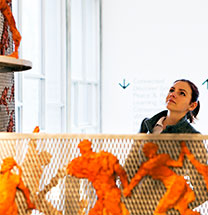 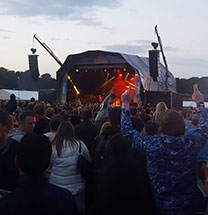 Being in the middle of the country is fantastic when it comes to support as many local rivalries have been created in all directions over the years.

The Ricoh Arena is the home of Rugby Union and Football in Coventry.

Both Wasps RFC and Coventry City FC call this 32,000-seater stadium their home ground, and you’ll be able to watch both in action.

Two of the city’s most popular sports are actually more alternative: Ice Hockey and Speedway.

You can watch Coventry Blaze in action at the SkyDome Arena where they compete in the British Elite Ice Hockey League. Coventry Bees have competed every season as a motorcycle speedway team since 1948 – and they’re not too bad at it! 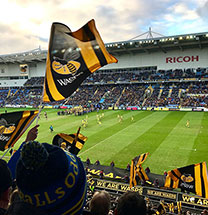 Coventry is brilliantly located for easy access to other major cities such as London and Birmingham, but where is good to go in the city?

You can find major high-street shops at West Orchards and the Lower Precinct Shopping Centre with many offering student discounts.

Coventry Market has a rich history and is one of the most successful in the country. It is open 6-days per week for you to get your hands on locally-sourced fresh food and other great bargains.

Fargo Village is home to independent shopping and tasty street food. In this one-stop creative village, some of the tenants you might come across include a bubble tea house, Escape Live, a vintage clothing shop, a record shop, an American diner, a Caribbean restaurant, a second-hand bookshop and a micro-brewery!

Cathedral Lanes is being redeveloped as the gateway to the Cathedral Quarter, and has started with the introduction of popular restaurants serving South-American and Asian inspired cuisines.

If you want to explore somewhere new, a 20-minute walk from the centre of campus brings you to Earlsdon. This area of Coventry is lively, particularly at the weekends, with independent restaurants and bars.

The urban city of Coventry is surrounded by beautiful countryside filled with historical towns and villages.

In the heart of Warwickshire you’ll find Kenilworth which is famous for its castle. Kenilworth Castle was once a medieval fortress and Elizabethan palace. Here, you can explore the ruined towers and gardens.

In the centre of Royal Leamington Spa you will find the Royal Pump Room and Baths where natural springs were found in the 18th Century. The spa town is now also known for its great shopping facilities and nightlife.

A visit to Warwick wouldn't be complete without seeing Warwick Castle with its lavishly decorated state rooms, towers and dungeons. The Market Town has many traditional tea rooms and antique shops.

We’re also nearby to the birthplace of William Shakespeare: Stratford-Upon-Avon. The internationally renowned Royal Shakespeare Company runs performances throughout the year and you can also visit preserved Tudor homes. 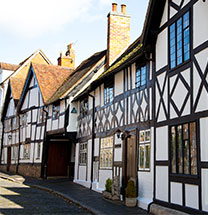