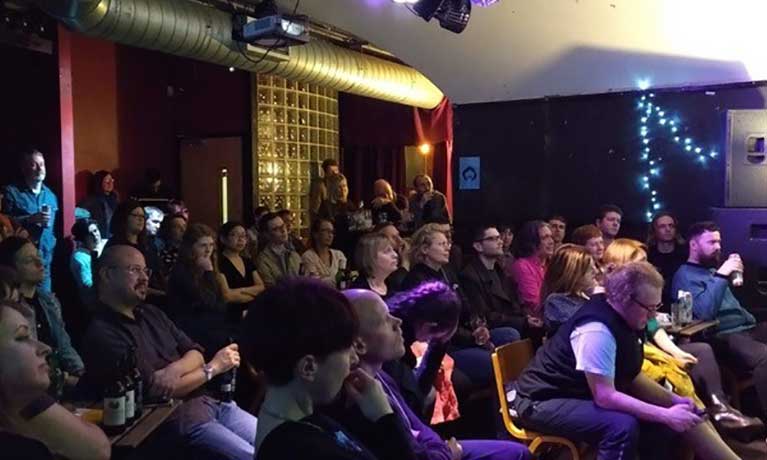 On February 27th, three Outreach Workers from the Lanchester Interactive Archive (LIA) delivered a presentation at the 36th PechaKucha Night in Coventry. The LIA, part of the Disruptive Media Learning Lab at Coventry University, is dedicated to local engineer, inventor, and all-around polymath Frederick Lanchester, who among other things designed the first all-British four-wheeled petrol car and after whom the University Library is named.

PechaKucha is a simple format originally devised by Astrid Klein and Mark Dytham of Klein Dytham Architecture to prevent architects from talking too much and boring the audience to death while presenting their projects! Instead of an unlimited amount of slides and time, PechaKucha speakers get 20 slides lasting 20 seconds each to share their ideas, tell their stories, promote their projects, or even show off their holiday snaps. Local organisers coordinate with PechaKucha HQ to run events in different cities – at the moment these are running in more than 1000 cities around the world, in locations as diverse as bars, restaurants, clubs, homes, studios, universities, beaches, and swimming pools!

The Coventry PechaKucha Nights are organised by a team of creatives who generously volunteer their time and skills to this free platform which allows local artists, entrepreneurs, and overall idea-full people to showcase their projects and connect with each other. Usually held at The Tin, near the Canal Basin, PechaKucha Nights are a fantastic opportunity to learn about everything exciting going on in Coventry and meet the people behind the projects.

Thanks to an excellent Twitter and word of mouth campaign from the PechaKucha team, on February 27th The Tin was completely packed – making all the speakers a bit nervous! Luckily the LIA team were on second, so they didn’t have to wait long before their presentation. Summarizing Frederick Lanchester’s achievements in just under 6 minutes was not easy, but anyone who’s curious about Fred’s cars, theories of flight, or anything else (including poetry!) can head over to the Lanchester Interactive Archive exhibition space on the second floor of Coventry University Library. The space is free and open to the public seven days a week, and in addition to a selection of archive material and information panels, it also contains augmented reality tablets and four original videogames which allow visitors to learn about Fred in a playful, hands-on manner.

Other speakers, who interpreted the theme of “New Beginnings” in many creative ways, included Leamington-born Emmerdale actor Ash Palmisciano, Belgrade Theatre producer Lian Wilkinson, poets Andrea Mbarushimana and Dan Thompson, who read some of their own original work, Aaron Ashmore and Lewis Spencer, who founded a Coventry-themed pin badge company and event zine respectively, Alan Denyer, who talked about his plans to revamp Coventry Priory, and many more great speakers. It was truly inspiring to see so many creative and innovative people fill up the room to discuss how to promote and improve the city. PechaKucha has proved itself an excellent opportunity to showcase new ventures and ideas – and they are always looking for new speakers, so definitely get in touch with them if you have an ambitious project, a story to tell, or if you just want to join a friendly, lively, innovative community! 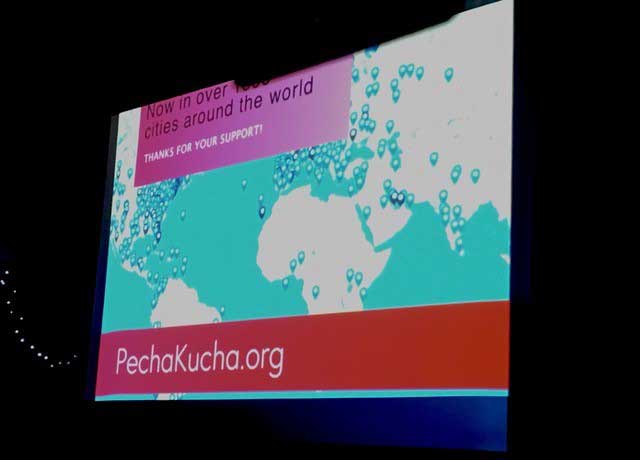 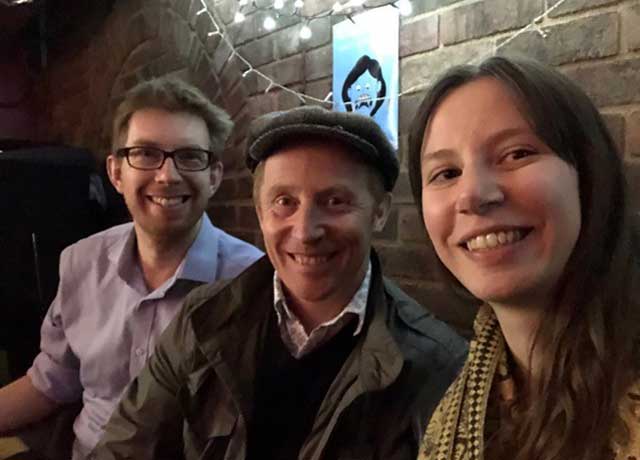