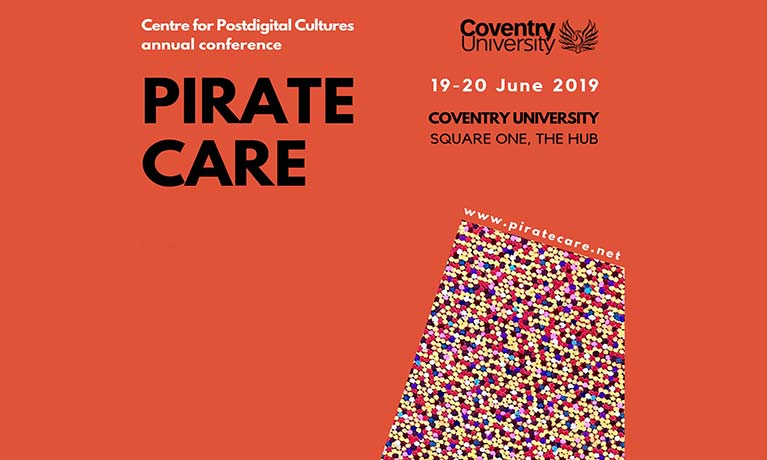 On the 19th and 20th June 2019, The Centre for Postdigital Cultures, Coventry University, welcomed speakers, students and academics to its second annual conference, exploring the phenomenon of 'Pirate Care', a title condensing two processes that are particularly visible at present.

On the one hand, basic care practices that were previously considered cornerstones of social life are now being pushed towards illegality. At the same time new technologically-enabled care networks are emerging in opposition to the current unequal access to provisions.

After the summer break, we are now pleased to announce that the video documentation of the event is available online.

We are also pleased to announce that the theme of Pirate Care will continue to be explored with a project commissioned by the Croatian cultural centre Drugo More, as part of their flagship programme Dopolavoro for Rijeka European Capital of Culture 2020. More information can be found on the dedicated website.

To view the presentations given by our invited speakers to the conference please watch our YouTube channel.