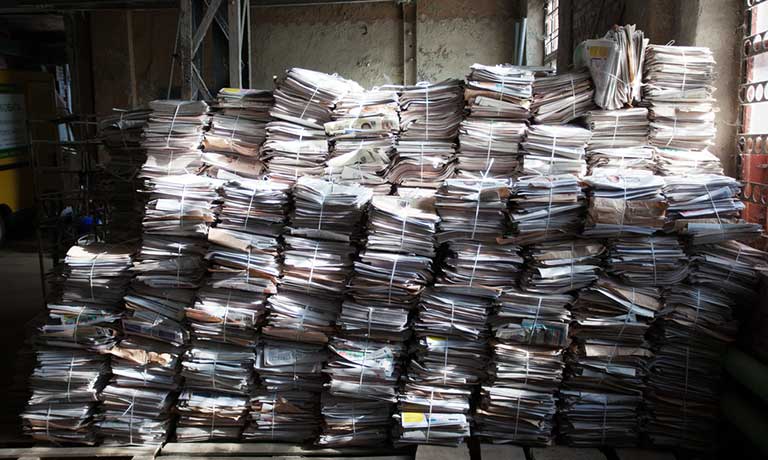 Opening on Monday 9 December, Post Office – a research collective from The Centre for Postdigital Cultures – will be hosting an exhibition and seminar which documents how struggles over access to knowledge in the digital realm are reflected in the world of print and paper.

The digital access has expanded the volume of available text exponentially since the days of print. Yet, paper remains the preferred format of reading for many students, scholars and researchers across the globe. Copying on paper is often the most affordable way of obtaining texts. Struggles over access can thus be understood as struggles over (the abundance of) paper. The status of paper in the digital age serves as a starting point for the exhibition, which tells a story about the uneven and messy world of knowledge today.
The exhibition features five works:

Conceived by Marcell Mars and Tomislav Medak, on the invitation of Kaja Marczewska.

This seminar will explore how intellectual property in the digital realm has affected the institution of the public library, and its aim of providing access to knowledge to all members of society. While the Internet has enabled a massive expansion of access to all kinds of publications, libraries were initially and remain severely limited in extending to digital ‘objects’ the de-commodified access they provide in the world of print. Consequently, the centrality of libraries in facilitating, organising and disseminating literature and science has faded.

Thus, while a transition to the digital has provided opportunities to reconsider how societies produce, sustain and make available literature and science, incumbent interests combined with a property-form that treats intellectual creation as if it were a piece of land, have resisted the transformation of our systems of cultural production. Given this context, readers who have been denied access to information due to territorial, institutional and economic barriers have created their own systems of access through the sharing of PDFs and shadow libraries, doing what public libraries are not allowed to do.

In this seminar we want to take stock of the present and future role of libraries in publishing texts, supporting universal access to information, and advocating the radical social and economic imaginaries needed to change the status quo.

This event is free to attend, please register to attend.