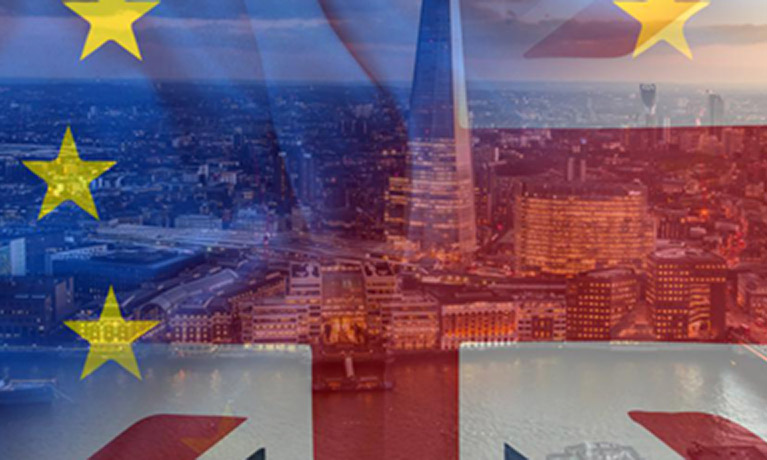 On the 14th of April 2016, Professor Glauco De Vita (CBiS) gave the Keynote Address at the EU Referendum Public Debate held at Town Hall of Leamington Spa, an event hosted by Sean Farnell, Partner of the local firm Burgis & Bullock. 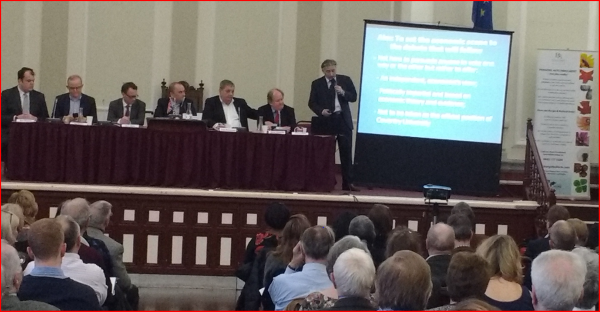 Professor De Vita’s presentation titled ‘The Economic Realities of Brexit’ set the economic scene to an informative and lively debate among members of the panel, which included Chris White (MP, Conservatives), Ben Wesson (Labour activist and Vice President of the Warwickshire Association of Youth Clubs), James Carver (MEP, UKIP) and Simon Richards (founder of the ‘Better Off Out’ campaign). Professor De Vita highlighted the key economic factors at stake in the Referendum’s decision on Britain’s membership of the EU, including the likely impacts of ‘Brexit’ on Britain’s contribution to the EU’s budget, its trade with the EU and with the rest of the world, inward foreign direct investment, regulation, immigration from the EU and, finally, on the ‘The City of London’, the world’s largest centre for foreign exchange trading. The event ended with questions from a large audience that included hundreds of members of the local and business community.

Speakers for the event were as follows: