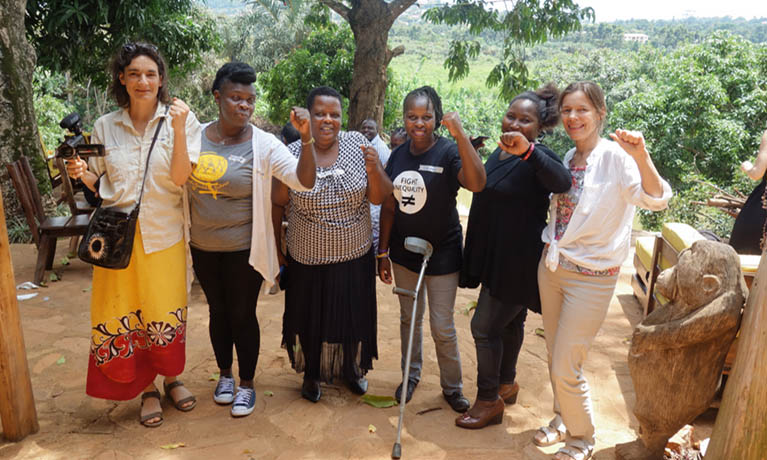 Coventry University academics have received funding to advance Women’s Communal Land Rights (WCLR) in East and West Africa as they aim to address the research gap in relation to gender and communal land rights on the continent.

A consortium of five international partners led by Dr Priscilla Claeys and Dr Stefanie Lemke from the university’s Centre for Agroecology, Water and Resilience (CAWR), has been awarded $100,000 from the 11th Hour Project, The Schmidt Family Foundation.

In customary land tenure systems, which are still dominant in most of Africa, women are not recognised as having independent rights to land. This means they mostly have access to land through a relationship with a male relative, and their rights are often revoked should that relationship break down. Similarly, in the case of land dispossession, women are often not compensated for their loss of livelihood. There is also a lack of inclusion of women and youth in land governance.

Women are not given the opportunity – even if they are present in meetings, they are not empowered to talk or take a position by claiming their rights.

By documenting and drawing lessons from household, community, to local government level, and facilitating conversations between women and men and between authorities and governing bodies, partners in the consortium will support overall actions that scale-up WCLR.

We are delighted to engage in this important research, which is of high priority to our partners and of relevance globally. We co-designed the objectives of this project with the farmer and pastoralist organisations with a focus on advancing women’s rights and increasing opportunities for dialogue and cohesion within communities. We are convinced that this participatory approach will have societal impact and make a difference.

The funding will be shared equally among the five partner organisations: