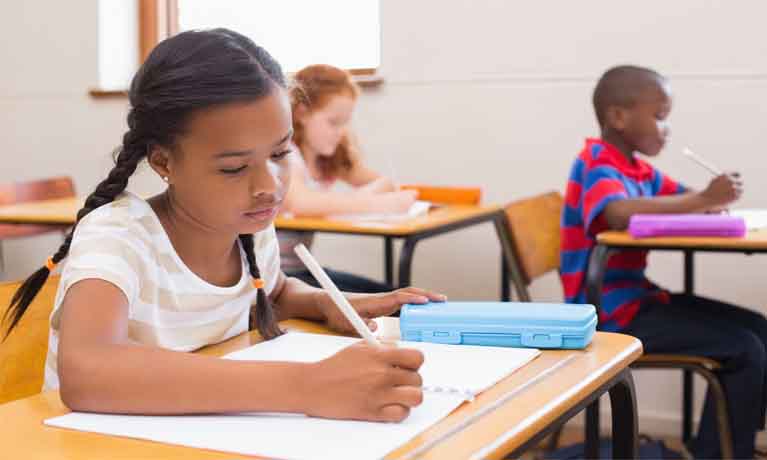 According to Department for Education national education data, SpLDs - including Dyslexia, Dyscalculia and Development Language Disorder - are amongst the most common special educational needs affecting students.

As part of a move to review available support, Professor Carroll has gathered, reviewed and summarised research from the last decade to make recommendations on how to improve identification and increase support of SpLDs to effectively meet the needs of the learner. This is one of three reviews which is expected to be used by the government as part of their consideration for how they will support SpLDs going forward.

Historically, the underlying logic behind the term ‘specific learning difficulty’ is that individuals have a deficit in one specific area of cognition – such as difficulty in numerical processing, or phonological awareness - and that other areas are not affected unimpaired. However, research now suggests that rather than a single underlying deficit matching up to a specific disorder, developmental disorders occur when there is a combination of different deficits.

Professor Carroll’s review also revealed that SpLDs often exist with other developmental disorders, such as ADHD and autism, as well as emotional and behavioural difficulties. This might explain why children have different patterns of disorders, highlighting that the existing divisions between SpLDs do not adequately characterise the patterns of impairments.

Most SpLDs are initially detected within education settings such as schools, colleges and universities. In schools, the Special Educational Needs and Disability (SEND) Code of Practice advocates a needs-based approach to support. It dictates that learning support should be provided according to the needs of the learner, and learners do not need to have a diagnosis to access support.

In contrast, when individuals leave school, identification is no longer governed by the SEND Code of Practice. This creates a disjointed system, where the identification and support pathways are very different in school and beyond school. This adds further to the confusion and frustration of individuals progressing through the UK education system.

For this reason, Professor Carroll argues that teachers need to be much better equipped to identify and support SpLDs. In particular, all teachers should be aware that there are likely to be two or three children with SpLDs in every classroom, and that there is no clear dividing line between typical and atypical learners. Importantly, Professor Carroll also recommends that all children should be supported according to their needs, which will change over time.

There are significant differences in the identification pathways in compulsory and post-compulsory education and employment in the UK. This can make the world of SpLD diagnosis and support a complex and daunting world for learners and their families. There is a need for greater clarity and consistency in the assessment, identification, and diagnosis of individuals throughout the lifespan.