Does swimming make you hungry? 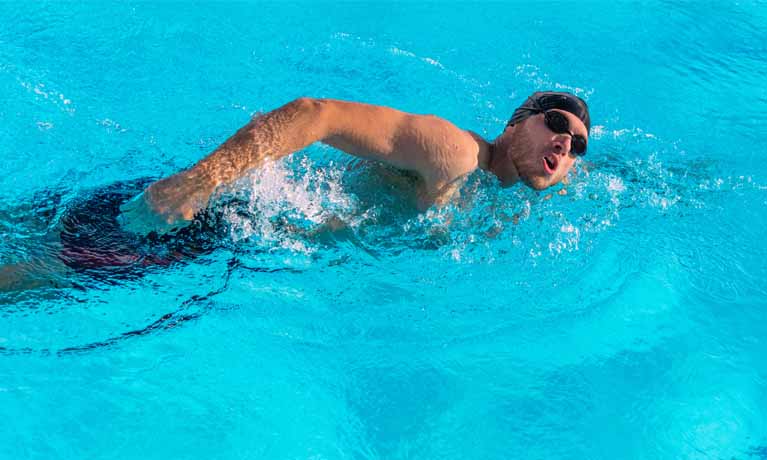 People often believe that exercise makes you hungry, with many recreational swimmers reporting that they feel ‘ravenous’ during and after swimming.

These claims have never been rigorously tested, until now. Professor David Broom from the Centre for Sport, Exercise and Life Sciences has been working with Professor David Stensel, Dr Alice Thackray and Dr James King from Loughborough University to put this theory to the test.

The team examined the effects of swimming and cycling on appetite with a group of 32 healthy adults. The participants – 17 males and 15 females – were all under the age of 40 years old and had the ability to swim and cycle at a recreational (rather than elite) level.

Thirty minutes after exercise – and at the equivalent time in the control trial – the participants were allowed to eat as much pasta as they wanted until “comfortably full and satisfied”.

The results revealed that participants ate more during the 'swimming' trial, with an average of an additional 142 calories being consumed than in the 'control' trial. This is equivalent to a 25g packet of crisps or two digestive biscuits. Meanwhile, although participants also ate more after cycling (94 kcal on average) compared to the control trial, this difference was too small to be statistically significant.

The reason for the appetite-stimulating effect of swimming is not yet understood and Professor Broom will be exploring this in future studies.

These findings suggest that swimming may not be as effective as other types of exercise for weight management. However this is not to say that people should stop swimming if they are trying to lose weight. Swimmers just need to be mindful that they could potentially eat more and should resist the temptation to eat readily available snacks, or eat a smaller portion at their next meal.

One thing remains clear: it’s always important to be physically active, especially through activities you enjoy and will do regularly.

Read the team’s latest article in The Conversation to find out more.