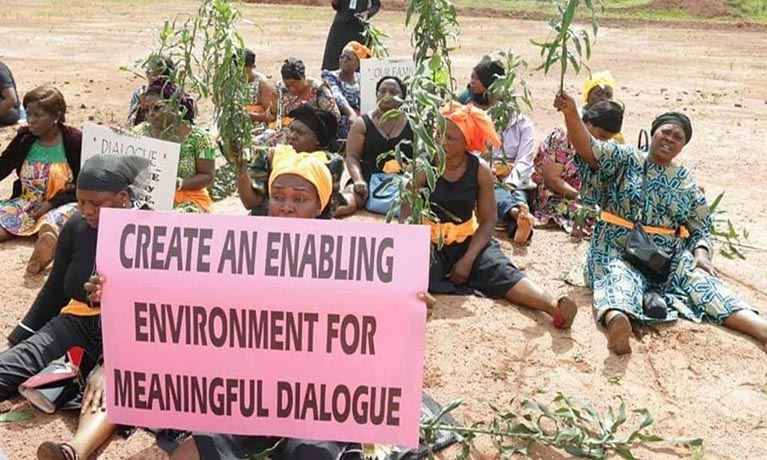 This is a much-neglected conflict, ongoing since 2017, between Cameroonian military forces and armed separatist groups fighting for an independent state in the country’s two English-speaking Northwest and Southwest regions. The report captures the voices and experiences of local civil society organisations (CSOs) in their efforts towards conflict resolution in a challenging environment.

Overall, findings of the study affirm that, though constrained and marginalised, CSOs have been making significant efforts in support of the civilian population in the English-speaking regions and towards conflict resolution. These include: provision of humanitarian and psychosocial assistance; peace campaigns; peace education; and documentation of human rights violations. The report highlights the work of women’s organisations in campaigns to end the violence, including sexual violence against women and girls. Yet CSOs in Cameroon are also faced by a context of ‘shrinking civic space’ that limits their activities. To mitigate these constraints, CSOs were equally found to use diverse strategies to develop critical consciousness around peacebuilding and human rights issues.