Reputational Effects in Sovereign Rating Phases: Time, macro and institutional factors and the role of defaults and debt restructuring and resolution 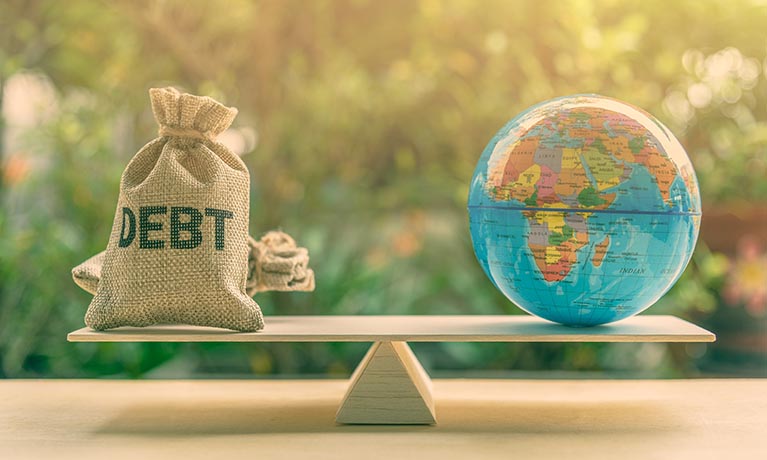 Ricardo Sousa is an Associate Professor with Habilitation at the University of Minho. Previously, he worked as a Senior Economist at the Bank for International Settlements (BIS) and the European Stability Mechanism (ESM), as an Economist at the Bank of England (BoE) and the European Central Bank (ECB), and held visiting positions at the Bank of Portugal and the International Monetary Fund (IMF). He also taught at the London School of Economics and Political Science (LSE) and the Queen Mary University of London. He holds a PhD in Economics from the London School of Economics and Political Science.

This event will discuss the role of reputation, macro and institutional factors, and defaults and debt restructuring/resolution for the length of sovereign rating phases.

We investigate the role of reputation by looking at the length of time sovereigns are in speculative and/or investment-grade rating phases and its market determinants. We rely on sovereign ratings data from Fitch, Moody's and Standard & Poor's for a panel of 130 countries over the last three decades and an extension of a continuous-time Weibull duration model to test for the presence of change-points in duration dependence. We find that both rating phases are more likely to end as they grow older, but only until a certain duration: for spells longer than a specific threshold, duration dependence is no longer present. Hence, as sovereigns acquire the reputation of bad/good borrowers, the likelihood of losing it will mainly be driven by other factors, such as economic growth, fiscal stance and quality of governance. Focusing more closely on speculative grade ratings, we show that nominal debt relief in the context of defaults can force sovereigns to protracted phases. Moreover, sovereigns with an history of debt restructuring deals supported by multilateral institutions hardly escape the 'curse' of a speculative-grade rating. Finally, governments discriminate between domestic and foreign agents, 'prioritising' defaults on foreign currency when unable to fulfill their financial obligations.