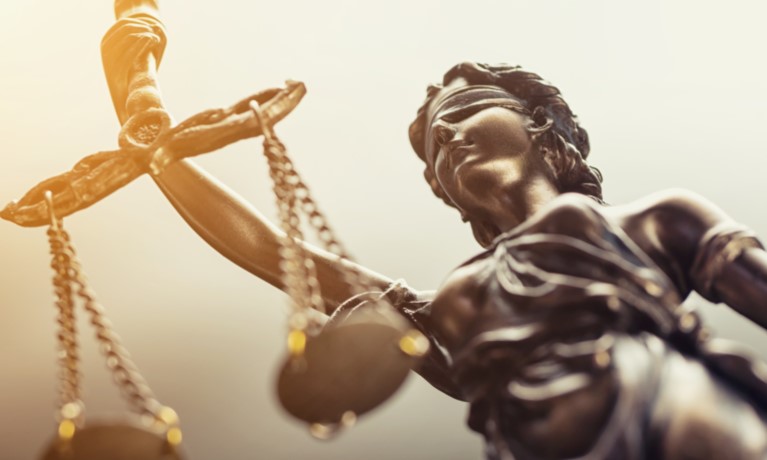 We introduce distributive justice into a simple model of growth and distribution. Two groups (‘classes’) of otherwise identical, capital-rich (‘capitalists’) and capital-poor individuals (‘workers’) are in conflict over factor (labour-capital) shares. Capitalists’ (workers’) ideal (‘partisan’) labour share is low (high) – tempered by the recognition that everyone supplies one unit of labour inelastically and gets a fixed wage; and that the labour share impacts growth negatively in our ‘AK’ production economy. Social conflict is defined as the difference between the partisan optimal labour shares of the two classes. This conflict is resolved by two positive and three normative criteria. Thus, the macroeconomy (growth, factor shares, distribution), social conflict and the methods of its resolution are jointly determined in a socio-economic equilibrium. This innovative integration of distributive justice in a macroeconomic framework yields a rich set of results.  We consider two positive (‘average voter’ and Nash bargaining, encapsulating electoral politics and socio-political bargaining) and two normative (justice) criteria (Utilitarian and Rawlsian) of conflict resolution. We also propose a novel criterion of ‘justice as minimal social friction’. Greater impatience, status comparisons, wealth inequality or a decline in productivity exacerbate social conflict. Status comparisons and wealth inequality tend to raise the labour share under all positive and normative criteria. Importantly, at least if the capitalists’ overall strength (combining size and socio-political influence) is higher than that of workers, all positive methods imply a smaller labour share and more inequality than do all our three criteria of distributive justice.

CFCI seminar are free public events and open to everyone, but prior booking is mandatory.