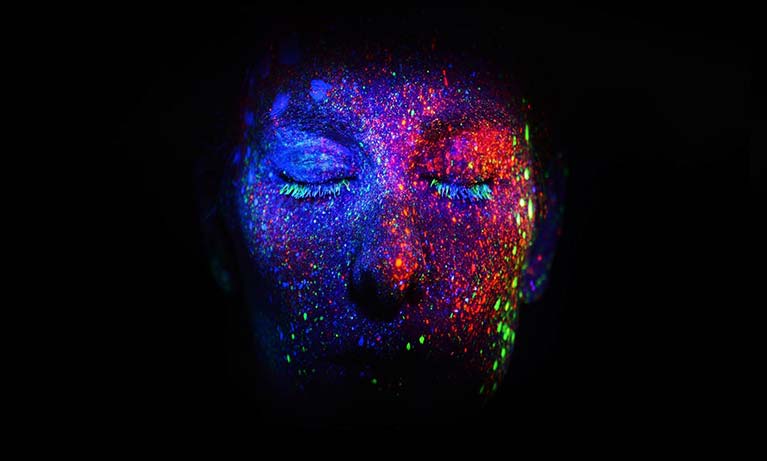 A half day seminar open to staff and students to explore the complexities of the self in our current living experience: how it is seen and transformed and narrated through the lenses of the contemporary cultures and media.

Facilitated and led in collaboration by Centre for Postdigital Cultures, Centre for Dance Research and the Postgraduate Strategy Unit.

Contemporary discourses often frame women's healthcare concerns as an individual (often psychological) problem, where risks have to be managed through practices that are self-transformative and/or consumerist. Defining this as a postfeminist healthism, I argue that this promises the achievement of a ‘healthy self'. But, as I explore, this promise is premised on a constant striving, which excludes some from notions of health, while for others it provokes anxiety, enabled through healthcare professionals, media, self-tracking apps and a range of other ‘experts’.

This presentation aims to be a visual essay. Drawing upon the materials coming from the multifaceted production from experimental filmmakers Yervant Gianikian and Angela Ricci Lucchi, I will retrace the trajectory of the film diary form across their video, film and installation work. I will touch upon a variety of practices all developed to ‘write oneself’. These comprise the compilation of carnets de voyage, the creation of drawn notebooks and the production of filmed chronicles, and express the need to grasp reality as well as the exquisitely individual perception of it altogether.

Dr. Miriam De Rosa is Research Fellow at the CPC. Previously she has served as Course Director of the BA in Media and Communications in this university, DAAD research associate at the Goethe University of Frankfurt and taught film and media theories for several years at the Catholic University in Milan. Her work is in the areas of screen media arts, experimental cinema, media philosophy and curatorship.

Dancing in the museum: remembering and dismembering ancient culture - Marie-Louise Crawley is a choreographer, dancer and researcher for the Centre of Dance Research.

This presentation looks at what happens when dance enters the archaeological museum and asks whether its presence – and the presence of the body of the live female dancer - in this traditionally patrilineal space, might subvert received notions of how we view and understand ancient history and culture. The presentation will examine from an artist-researcher perspective the durational dance work, Likely Terpsichore? (Fragments), created for, and performed at, the Ashmolean Museum of Art and Archaeology in April 2018.

This durational dance work emerged as a key part of a wider practice-as-research project probing shifting experiences of temporality when choreography ‘performs’ as museum exhibit. The project asked how we might consider the live dancing body in the archaeological museum as a counter-archive or, to use performance theorist Rebecca Schneider’s reworking of philosopher Michel Foucault’s term, as a site of ‘counter-memory’ (Schneider 2011: 105). How might dance’s presence in the museum allow an alternative visibility, a hyper-visibility, for those ancient female bodies previously rendered invisible - or, only partially visible - by history? Furthermore, how might the presence of the live female dancer in the museum allow certain buried female histories to surface and be ‘re-collected’, becoming - through performance - part of the museum’s collection (at least, temporarily)?

Through a practice that examines processes of dismembering and remembering ancient history and performance, I claim live dance in the museum as the ‘fragmentary monumental,’ an action that might be able to resituate women on the inside of power but on their own terms, and, eventually, to enable an alternative means of viewing history.

Marie-Louise Crawley is a choreographer, dancer and researcher. Her research interests include dance and museums, and areas of intersection between Classics and Dance Studies, such as ancient dance and the performance of epic. She is currently postdoctoral Research Assistant at C-DaRE (Centre for Dance Research), Coventry University (UK), having completed her PhD ‘What Remains? Dancing in the Archaeological Museum’ in 2018.

While some history educators have traditionally looked skeptically on the use of technology as a means to experience history, seeing such tools as “not firmly grounded in the trinity of the archive, the library, and the book” (Allison, 2008), the use of a range of technologically-enabled methods has found its way into the sharing of historical experiences from the classroom to the museum and the cultural archive. Such projects have focused on connecting communities and individuals to a broader historical perspective and, in so doing, examining the self in relation to that historical space. The evolution of Interactive Virtual Environments (IVEs), most notably virtual reality (VR), holds special appeal, offering as it does, a way to draw people closer to an event through the kind of embodied simulation that was impossible just five years ago. This paper seeks to explore how gamified VR experiences can be used as a connection to past histories, using the case study of one VR news game, funded through the Google Digital News Initiative, that focuses on the Coventry Blitz.