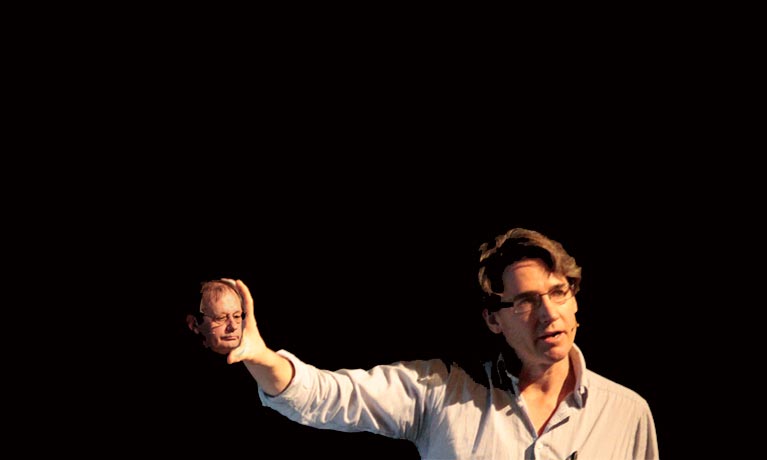 As part of our C-DaRE invites series we are delighted to invite you to a conversation about special working relationships between researchers from different fields with Phil Barnard retired cognitive psychologist and Scott Delahunta Professor of Dance at the Centre for Dance Research.

For this event we are going on tour to the new Dance Hub at Birminghams DanceXchange. We will start the event with an informal vegetarian light lunch.

The London-based choreographer Wayne McGregor is known for his collaborations with other artists, designers, architects and scientists. In 2003, working with dance researcher Scott deLahunta, he embarked on a decade long collaborative study of ‘choreographic thinking’ with a handful of cognitive psychologists, including Phil Barnard. Key research threads revolved around thematic intersections between cognitive theory and studio-based practice. They included foci on how creativity and decision making is realised in moment-to-moment movement generation and the wider conceptualisations of a production. The outcomes of this long-term investigation range from inspiration for new artistic works, co-authored scientific publication, presentations and residencies, new creative tools for dance, finally culminating in a six-week public exhibition in Autumn 2013 at Wellcome Collection. In this conversation, Barnard and deLahunta will collaboratively recollect and discuss starting points, key milestones and developments, unexpected insights and where major shifts, planned or unplanned, occurred in the interdisciplinary trajectory.

Dr. Philip Barnard is a retired cognitive psychologist who worked for the Medical Research Council's Cognition and Brain Sciences Unit at the University of Cambridge (1972-2011). He has co-authored Affect Cognition and Change: Re-modeling depressive thought (1993, with John Teasdale) and Mind & Movement: Choreographic Thinking Tools (2013, with Wayne McGregor and others) as well as co-editing (with Nicola Shaughnessy) the volume Performing Psychologies: Imagination, Creativity and Dramas of the Mind (2019).

Scott deLahunta has worked as writer, researcher and organiser on a range of international projects bringing performing arts with a focus on choreography into conjunction with other disciplines and practices. He is currently Professor of Dance at the Centre for Dance Research, Coventry University (UK) and Senior Research Fellow, Deakin Motion.Lab, Deakin University (AUS). He is co-directing (with Florian Jenett) Motion Bank hosted by Hochschule Mainz University of Applied Sciences. http://www.sdela.dds.nl

Please RSVP to cdare.fah@coventry.ac.uk if you would like to join us. The event is free and open to all.