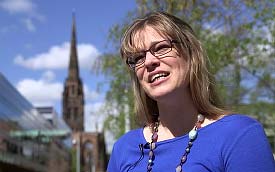 Sufferers of type 2 diabetes mellitus (T2DM) who quit smoking are likely to see a temporary deterioration in their glycaemic control which could last up to three years, according to new research published today in The Lancet Diabetes & Endocrinology.

The research team1, led by Dr Deborah Lycett of Coventry University and funded by the NIHR School for Primary Care Research (SPCR) examined the primary care records of 10,692 adult smokers with T2DM over six years to investigate whether or not quitting was associated with altered diabetes control.

The study found that in the 3,131 (29%) people who quit and remained abstinent for at least one year, HbA1c – which is an average measurement indicating how well the body is controlling blood glucose levels2 – increased by 2.3mmol/mol (0.21%) before decreasing gradually as abstinence continued (the higher the HbA1c level, the greater the risk of developing diabetes-related complications).

In the same period, 5,831 (55%) continual smokers – who did not change their smoking status during the study – experienced a more gradual increase in HbA1c, such that HbA1c levels in quitters became comparable with the levels seen in continual smokers three years after quitting.

The researchers used a regression model which examined each cohort with and without weight change data, concluding that weight changes often associated with quitting smoking did not significantly alter the association between smoking cessation and HbA1c levels.

Previous research3 has shown that a 1% (11mmol/mol) reduction in the HbA1c level of someone with diabetes will result in them being 16% less likely to suffer heart failure and 37% less likely to experience microvascular complications – indicating the significance of small percentage changes in HbA1c levels.

Knowing that deterioration in blood glucose control occurs around the time of stopping smoking helps to prepare those with diabetes and their clinicians to be proactive in tightening their glycaemic control during this time.

Stopping smoking is crucial for preventing complications that lead to early death in those with diabetes. So people with diabetes should continue to make every effort to stop smoking, and at the same time they should expect to take extra care to keep their blood glucose well controlled and maximise the benefits of smoking cessation.

The study, entitled 'The Association between Smoking Cessation and HbA1c Control of Type 2 Diabetes Mellitus: A THIN database cohort study', is published today online and can be viewed here.

2 HbA1c (Haemoglobin A1c) refers to glycated haemoglobin, and develops when the protein haemoglobin in red blood cells joins with glucose. It is reflective of blood glucose levels over the last two to three months. The higher the HbA1c level, the greater the risk of developing diabetes-related complications. Someone without diabetes would expect their HbA1c to be in the range of 20-41mmol/mol (4%–5.9%), while an HbA1c level of 48mmol/mol (6.5%) is considered good control in someone who has diabetes.

The National Institute for Health Research (NIHR) is funded by the Department of Health to improve the health and wealth of the nation through research. Since its establishment in April 2006, the NIHR has transformed research in the NHS. It has increased the volume of applied health research for the benefit of patients and the public, driven faster translation of basic science discoveries into tangible benefits for patients and the economy, and developed and supported the people who conduct and contribute to applied health research. The NIHR plays a key role in the Government’s strategy for economic growth, attracting investment by the life-sciences industries through its world-class infrastructure for health research. Together, the NIHR people, programmes, centres of excellence and systems represent the most integrated health research system in the world. For further information, visit the NIHR website (www.nihr.ac.uk).

Boost for Coventry University in first major league table of 2015

Coventry University in the running for top nursing awards

The quality of nursing education at Coventry University is gaining widespread recognition with a member of its staff and its teaching methods being nominated for...