All countries across Europe are being urged to establish national 'Firearms Focal Points' to collect, study and share information about firearms and ballistics to help reduce the number of deaths and injuries caused by gun crime and terrorism.

That's one of the key findings following a 15-month multi-agency research project led by Coventry University. The EFFECT Project, which launched in February last year, looked to analyse the prevalence of gun crime across Europe and, based on the findings, identify initiatives and interventions that could be further pursued and developed to tackle the problem.

Recommendations from the project, which was funded by the European Union and supported by the United Nations Development Programmes South Eastern and Eastern Eur

ope Clearinghouse for the Control of the Small Arms and Light Weapons (SEESAC), are being presented to members of the European Parliament, European police chiefs and heads of international law enforcement agencies, including Interpol and Europol, in Brussels today (Wednesday 25 May).

While researchers looked in detail at countries in South Eastern Europe, the recommendations are relevant to all European countries, regardless of whether they are members of the EU.

In South Eastern Europe we found that investigators and prosecutors require additional support in developing their ballistics information and intelligence structures supported by adequate training that will enable them to use the positive impact that ballistics information can deliver in addressing a number of complex security challenges.

Countries and the sub-region need to have the necessary common technology and harmonised procedures in place that would enable them to further coordinate and reduce the availability and use of illegal firearms.

If each country created a single 'Firearms Focal Point' that would be able to conduct the same processes as their cross-border/boundary counterpart – that is to gather, analyse and then share information not only about the firearms, but also its pertaining ballistic material, then this would be a major leap forward in protecting communities. That is why a proposal is being put forward towards the establishment of the South East Europe Ballistic Information Network.

Enabling that network to operate alongside a proposed EU-wide network, with ballistic information being shared among a number of jurisdictions through agreed protocols and managed by Europol, which already handles criminal intelligence to improve effectiveness and cooperation between states, would allow links between gun crime, criminals and the firearms trafficking across the continent to be identified."

As part of the research Arquebus, a UK based company specialising in ballistics intelligence was asked to examine 1,000 gun cartridge cases provided by the Serbian Police Directorate from their file of previously committed crimes in Serbia by analysing them against a number of international ballistics databases. In doing so they worked closely with the country's National Criminalistic Technical Centre.

In our examination of cartridge cases in Serbia, using ballistic analysis systems not currently available in the country, we were able to identify connections relating to around 50 shootings, a considerable number of which were previously unknown to the relevant investigators.

We also compared the results against a number of ballistic databases in other countries and identified potential links with the former Yugoslav Republic of Macedonia, the territory of Kosovo[1] and Sweden.

Firearms, as a tool of crime can be used by criminals on multiple occasions both internally within a country and across international borders. Developing an accurate picture of their use and how they are trafficked is vital. All of this information is vital for law enforcement organisations and is in the direct interest of all citizens and institutions across Europe and beyond.

A Europe-wide ballistic information network will help further reduce deaths and injuries caused by the illegal use of firearms for crimes and terrorism. Understanding more about where they originate from, how they move within countries and cross border, and if they have been used before will enable the UK to work with other countries to help tackle the problem at source, rather than at our borders."

Further information about the EFFECT Project, including the agencies involved and the main findings and recommendations report, is available at this link.

To speak to Arquebus or arrange a photography/filming opportunity in their Coventry laboratory, please call Matt Lewis direct on +44 (0)7590 408026 or email matt.lewis@arquebus-solutions.co.uk

Examination of Firearms and Forensics in Europe and aCross Territories (EFFECT).
The EFFECT project, which began in February 2015, was established to provide EU policy-makers with a definitive body of knowledge concerning the nature, extent and impact of gun enabled crime (gec), the effectiveness of interventions aimed at combating gec and the cross-border sharing of ballistic intelligence.

Findings are intended to facilitate evidence-based policy and intervention development across Europe; improvements in information sharing regarding the illegal trafficking and use of firearms; and to determine if maximum benefit is being derived from current approaches to sharing ballistic intelligence between European Countries.

Arquebus Solutions Ltd is a UK based company delivering specialist capabilities relating to both the criminal and legal use of firearms on a global basis.

Founded in 2012 by former senior members of the United Kingdom's National Ballistics Intelligence Service (NABIS), Arquebus is experienced in intelligence, forensic services and knowledge transfer solutions in relation to the criminal use, and legal ownership of firearms. The management team understand the complexities of local, national and transnational gun crime and can advise on matters relating to the illegal trafficking of firearms, organised crime and terrorism.

Arquebus is proud to have conducted work for the European Union and United Nations Development Programme (UNDP), to reduce the harm caused by the illegal use of firearms in crime and terrorism. www.linkedin.com/company/arquebus-solutions-ltd

[1] References to Kosovo shall be understood to be in the context of Security Council resolution 1244 (1999). 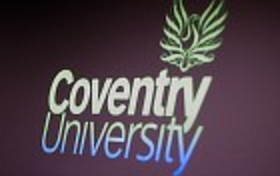 Coventry University academics will be working alongside medical professionals from Liverpool Heart and Chest Hospital to conduct research aimed at developing an e-health...

Coventry University’s internationally renowned Serious Games Institute has been working with researchers in Belgium and the Netherlands on a new ‘treatment’ to help...