Harnessing the creative skills of the university’s world-renowned vehicle design and engineering departments, the Sparrowhawk Project has brought together a team of over 50 young engineers who have developed a unique concept in car design, to create a highly efficient production platform. With car makers needing to make tomorrow’s vehicles 100% recyclable - as well as safe, efficient and cost-effective - the team at the NTDC has created an eco-friendly aluminium chassis structure that can carry any combination of unstressed body panels.

Designed from the bottom up, the new car platform will dramatically reduce the initial outlay required for niche vehicle production, enabling cars to be developed at a fraction of their current cost. While this is not a barrier to entry for most global car manufacturers, many smaller OEMs are prevented from producing new models due to substantial set up costs. Adopting the Sparrowhawk platform would help many niche OEMs to overcome these challenges.

“With electric and autonomous vehicles set to play a key role in the UK’s industrial strategy, our Sparrowhawk concept is ideally placed to help niche OEMs lower production costs.

While Sparrowhawk began life as a project that was designed to encourage cross-discipline teamwork as well as the importance of cost control, it’s been so successful that we’re now looking to commercialise the idea. We’ve had a lot of very positive response from the niche vehicle sector, which has encouraged us to look into setting up a spin-out business here in Coventry to fully commercialise the concept."

Looking ahead, while the Sparrowhawk has a bright future as a test bed or mule vehicle, it has huge potential to become a high performance sports car in its own right. Two drivetrains are being developed - one based on a proven 2.0 litre petrol eco-boost engine developed by Ford, the other will be a full EV version. The car is also capable of supporting major customisation.

“While we are now in the final stages of vehicle concept development, we think there’s a big market out there for car enthusiasts who want to create a vehicle that suits their exact needs, without spending a fortune. It’s still early days, but were confident of launching the Sparrowhawk in early 2019."

The National Transport Design Centre is a focal point for research-driven postgraduate education in rail, marine, aerospace and automotive disciplines. In addition to providing access to the very latest technology and giving students the freedom to explore their creativity when it comes to developing new technology, Coventry University is also providing access to experts from across the various disciplines to feed into the NTDC.

The Centre is equipped with a six metre interactive power wall that allows users to explore detailed design and engineering concepts in virtual reality. A clay-milling facility is also part of the NTDC’s design offering, allowing physical models of vehicles to be created. A projection mapping system that can cast digital images on 3D objects, helping the designer to assess how multiple options would work on full scale models is also being used by students at the NTDC.

Research projects associated with the NTDC are already underway with the centre open for business from June 2017. For more information about the NTDC, visit: /business/ntdc/ 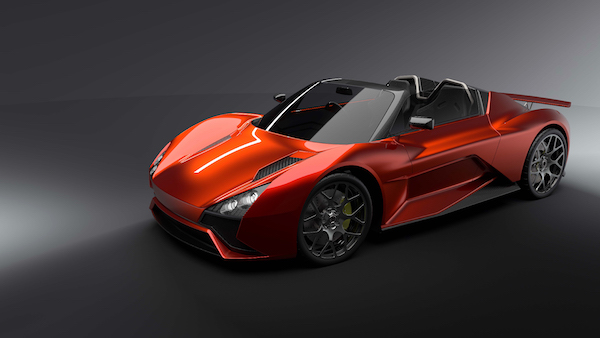