Coventry University is helping school kids get scientific as part of an ambitious new initiative led by BBC Learning, which will see a ‘live lesson’ broadcast to the UK at 11am this morning.

As part of BBC Learning’s Terrific Scientific campaign – and with the guidance of the university – young scientists have been eating kale every day in an effort to prove that there may be a genetic reason as to why some people don’t enjoy their green vegetables.

The collaboration between BBC Learning and the university’s Centre for Technology-Enabled Health Research saw school children aged 9-11 take part in an ‘exposure test’ and use blue food dye, a piece of card, a magnifying glass and bags of kale to find out what affects our ability to learn to love vegetables.

Children were separated into two groups; half were asked to eat a piece of kale every day over a 15 day period, whilst the other half ate raisins. The study found that, overall, children who ate kale every day showed an improvement in liking kale over that time, whereas those who ate the raisins did not.

Some children in the kale group showed big improvements in their liking, whilst others disliked it as much as before. When delving deeper into this, the young scientists found that someone who has more ‘fungiform papillae’ (which carry our ‘taste buds’) on their tongue did not increase their liking of kale. These children were identified as ‘supertasters’.

Approximately 25% of the UK population may be supertasters and this makes them a lot more sensitive to strong tasting food such as olives, bitter coffee and grapefruits. If this is the case you may need to persevere for longer with strong tasting green vegetables such as kale before you start to enjoy them.

50% of the population are ‘tasters’, meaning they are likely to try most food – but may have a few they dislike – whilst the remaining 25% are non-tasters and may require more salt, spice and condiments than others to prevent food from tasting bland.

This exposure test is part of Terrific Scientific, BBC Learning’s 18 month, UK-wide campaign to bring practical science into the classroom and into our homes. Focusing on ten investigations over the next two years, the campaign will work in partnership with organisations from the world of science, as well as a few famous faces.

Aimed at upper primary school level, Terrific Scientific will help deliver the objectives of the science curricula for 9-11 year olds across the UK. So far over 8,000 classes and almost 4,000 schools have signed up to take part in the campaign.

Coventry is one of only four universities – including Oxford – chosen to partner with the BBC on its Terrific Scientific campaign.

“It’s been wonderful to work with these young scientists, and they’ve helped shed some light on one of the great mysteries: why some of us might not like our Brussels sprouts! BBC Learning’s Terrific Scientific campaign is a fantastic way to engage youngsters in an interactive experiment which makes the learning experience much more fun.”

“Terrific Scientific is already helping children, parents and teachers to get excited about science. It’s great to see our young scientists already making an impact on the scientific world and with the help of our partners we have been able to show school children that their work and participation matters.”

It wasn’t just school children who were put through their paces in the taste test, either – earlier in January Professor Blissett and the BBC tasked British band The Vamps with taking part in the experiment. 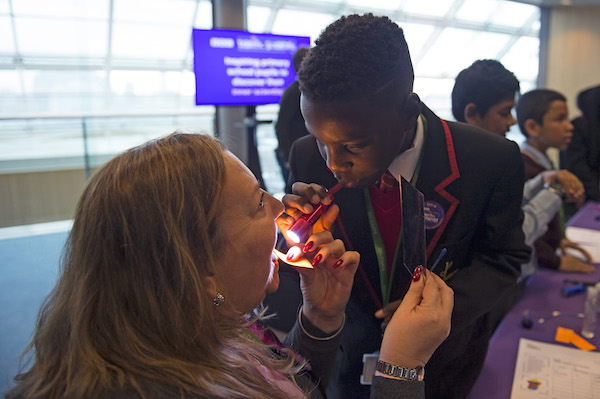 HOPE for parents of children with autism

A grassroots company supporting parents of children with autism has received a £10,000 Big Lottery boost.